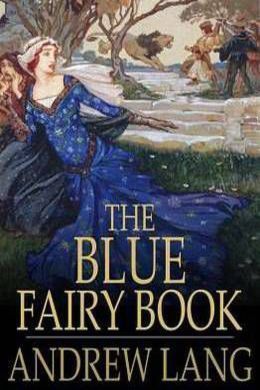 It is almost impossible to envision what childhood would be like without the enchanting world of fairyland. Cinderella, Little Red Riding Hood, giants and dwarfs, monsters and magicians, fairies and ogres- these are the companions who thrill young boys and girls of all lands and all times, as Andrew Lang’s phenomenally successful collections of stories have proved. From the day that they were first printed, the Lang fairy tale books of many colors have entertained thousands of boys and girls, as they also brought pleasure to the many parents who have read these unforgettable classics to their children.The Blue Fairy Book was the first volume in the series and so it contains some of the best known tales, taken from a variety of sources: not only from Grimm, but exciting adventures by Charles Perrault and Madame d’Aulnoy, The Arabian Nights, and other stories from popular traditions. Here in one attractive paperbound volume- with enlarged print- are Sleeping Beauty, Rumpelstiltzkin, Beauty and the Beast, Hansel and Gretel, Puss in Boots, Trusty John, Jack the Giantkiller, Goldilocks, and many other favorites that have become an indispensable part of our cultural heritage.

Once upon a time in a certain country there lived a king whose palace was surrounded by a spacious garden. But, though the gardeners were many and the soil was good, this garden yielded neither flowers nor fruits, not even grass or shady trees.

The King was in despair about it, when a wise old man said to him:

“Your gardeners do not understand their business: but what can you expect of men whose fathers were cobblers and carpenters? How should they have learned to cultivate your garden?”

“You are quite right,” cried the King.

“Therefore,” continued the old man, “you should send for a gardener whose father and grandfather have been gardeners before him, and very soon your garden will be full of green grass and gay flowers, and you will enjoy its delicious fruit.”

So the King sent messengers to every town, village, and hamlet in his dominions, to look for a gardener whose forefathers had been gardeners also, and after forty days one was found.

“Come with us and be gardener to the King,” they said to him.

“How can I go to the King,” said the gardener, “a poor wretch like me?”

“That is of no consequence,” they answered. “Here are new clothes for you and your family.”

“But I owe money to several people.”

“We will pay your debts,” they said.

So the gardener allowed himself to be persuaded, and went away with the messengers, taking his wife and his son with him; and the King, delighted to have found a real gardener, entrusted him with the care of his garden. The man found no difficulty in making the royal garden produce flowers and fruit, and at the end of a year the park was not like the same place, and the King showered gifts upon his new servant.

The gardener, as you have heard already, had a son, who was a very handsome young man, with most agreeable manners, and every day he carried the best fruit of the garden to the King, and all the prettiest flowers to his daughter. Now this princess was wonderfully pretty and was just sixteen years old, and the King was beginning to think it was time that she should be married.

“My dear child,” said he, “you are of an age to take a husband, therefore I am thinking of marrying you to the son of my prime minister.

“Father,” replied the Princess, “I will never marry the son of the minister.”

“Because I love the gardener’s son,” answered the Princess.

On hearing this the King was at first very angry, and then he wept and sighed, and declared that such a husband was not worthy of his daughter; but the young Princess was not to be turned from her resolution to marry the gardener’s son.

Then the King consulted his ministers. “This is what you must do,” they said. “To get rid of the gardener you must send both suitors to a very distant country, and the one who returns first shall marry your daughter.”

The day before they started the Princess met her lover and said to him:

“Be brave, and remember always that I love you. Take this purse full of jewels and make the best use you can of them for love of me, and come back quickly and demand my hand.”

The two suitors left the town together, but the minister’s son went off at a gallop on his good horse, and very soon was lost to sight behind the most distant hills. He traveled on for some days, and presently reached a fountain beside which an old woman all in rags sat upon a stone.

“Good-day to you, young traveler,” said she.

But the minister’s son made no reply.

“Have pity upon me, traveler,” she said again. “I am dying of hunger, as you see, and three days have I been here and no one has given me anything.”

“Let me alone, old witch,” cried the young man; “I can do nothing for you,” and so saying he went on his way.

That same evening the gardener’s son rode up to the fountain upon his lame gray horse.

“Good-day to you, young traveler,” said the beggar-woman.

“Young traveler, have pity upon me.”

“Take my purse, good woman,” said he, “and mount behind me, for your legs can’t be very strong.”

The old woman didn’t wait to be asked twice, but mounted behind him, and in this style they reached the chief city of a powerful kingdom. The minister’s son was lodged in a grand inn, the gardener’s son and the old woman dismounted at the inn for beggars.

The next day the gardener’s son heard a great noise in the street, and the King’s heralds passed, blowing all kinds of instruments, and crying:

“The King, our master, is old and infirm. He will give a great reward to whoever will cure him and give him back the strength of his youth.”

Then the old beggar-woman said to her benefactor…