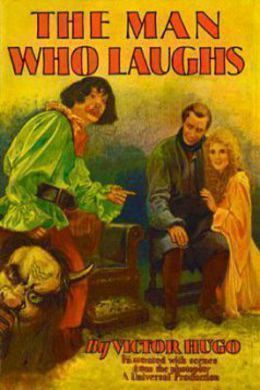 The Man Who Laughs

A Romance of English History

The Man Who Laughs is a romantic masterpiece of a man whose face has been disfigured into a laughing mask in childhood, the loyal blind girl who gives him her heart, and the cruelty of the privileged aristocracy whose laughingstock and saviour he becomes, is remarkable in its emotional impact. But do not be deceived. The timeless trope of Beauty and the Beast is redefined here, for surfaces are misleading, and not everything is as it seems. The slow-paced, stately richness of descriptive detail is reward in itself for the reader looking for delicious immersion in the drama of history, but coupled with the depth of human insight, and the glimpse into a historical era and mindset, this is a timeless classic.

An obstinate north wind blew without ceasing over the mainland of Europe, and yet more roughly over England, during all the month of December, 1689, and all the month of January, 1690. Hence the disastrous cold weather, which caused that winter to be noted as “memorable to the poor,” on the margin of the old Bible in the Presbyterian chapel of the Nonjurors in London. Thanks to the lasting qualities of the old monarchical parchment employed in official registers, long lists of poor persons, found dead of famine and cold, are still legible in many local repositories, particularly in the archives of the Liberty of the Clink, in the borough of Southwark, of Pie Powder Court (which signifies Dusty Feet Court), and in those of Whitechapel Court, held in the village of Stepney by the bailiff of the Lord of the Manor. The Thames was frozen over–a thing which does not happen once in a century, as the ice forms on it with difficulty owing to the action of the sea. Coaches rolled over the frozen river, and a fair was held with booths, bear-baiting, and bull-baiting. An ox was roasted whole on the ice. This thick ice lasted two months. The hard year 1690 surpassed in severity even the famous winters at the beginning of the seventeenth century, so minutely observed by Dr. Gideon Delane–the same who was, in his quality of apothecary to King James, honoured by the city of London with a bust and a pedestal.

One evening, towards the close of one of the most bitter days of the month of January, 1690, something unusual was going on in one of the numerous inhospitable bights of the bay of Portland, which caused the sea-gulls and wild geese to scream and circle round its mouth, not daring to re-enter.

In this creek, the most dangerous of all which line the bay during the continuance of certain winds, and consequently the most lonely–convenient, by reason of its very danger, for ships in hiding–a little vessel, almost touching the cliff, so deep was the water, was moored to a point of rock. We are wrong in saying, The night falls; we should say the night rises, for it is from the earth that obscurity comes. It was already night at the bottom of the cliff; it was still day at top. Any one approaching the vessel’s moorings would have recognized a Biscayan hooker.

The sun, concealed all day by the mist, had just set. There was beginning to be felt that deep and sombrous melancholy which might be called anxiety for the absent sun. With no wind from the sea, the water of the creek was calm.

This was, especially in winter, a lucky exception. Almost all the Portland creeks have sand-bars; and in heavy weather the sea becomes very rough, and, to pass in safety, much skill and practice are necessary. These little ports (ports more in appearance than fact) are of small advantage. They are hazardous to enter, fearful to leave. On this evening, for a wonder, there was no danger.

The Biscay hooker is of an ancient model, now fallen into disuse. This kind of hooker, which has done service even in the navy, was stoutly built in its hull–a boat in size, a ship in strength. It figured in the Armada. Sometimes the war-hooker attained to a high tonnage; thus the Great Griffin, bearing a captain’s flag, and commanded by Lopez de Medina, measured six hundred and fifty good tons, and carried forty guns. But the merchant and contraband hookers were very feeble specimens. Sea-folk held them at their true value, and esteemed the model a very sorry one, The rigging of the hooker was made of hemp, sometimes with wire inside, which was probably intended as a means, however unscientific, of obtaining indications, in the case of magnetic tension. The lightness of this rigging did not exclude the use of heavy tackle, the cabrias of the Spanish galleon, and the cameli of the Roman triremes. The helm was very long, which gives the advantage of a long arm of leverage, but the disadvantage of a small arc of effort. Two wheels in two pulleys at the end of the rudder corrected this defect, and compensated, to some extent, for the loss of strength. The compass was well housed in a case perfectly square, and well balanced by its two copper frames placed horizontally, one in the other, on little bolts, as in Cardan’s lamps. There was science and cunning in the construction of the hooker, but it was ignorant science and barbarous cunning. The hooker was primitive, just like the praam and the canoe; was kindred to the praam in stability, and to the canoe in swiftness; and, like all vessels born of the instinct of the pirate and fisherman, it had remarkable sea qualities: it was equally well suited to landlocked and to open waters.