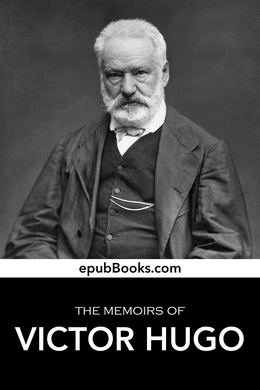 The Memoirs of Victor Hugo

This is not a diary of events arranged in chronological order, nor is it a continuous autobiography. It is less and it is more, or rather, it is better than these. It is a sort of haphazard chronique in which only striking incidents and occurrences are brought out, and lengthy and wearisome details are avoided. Victor Hugo’s long and chequered life was filled with experiences of the most diverse character-literature and politics, the court and the street, parliament and the theatre, labour, struggles, disappointments, exile and triumphs. Hence we get a series of pictures of infinite variety.

It was at Rheims that I heard the name of Shakespeare for the first time. It was pronounced by Charles Nodier. That was in 1825, during the coronation of Charles X.

No one at that time spoke of Shakespeare quite seriously. Voltaire’s ridicule of him was law. Mme. de Staël had adopted Germany, the great land of Kant, of Schiller, and of Beethoven. Ducis was at the height of his triumph; he and Delille were seated side by side in academic glory, which is not unlike theatrical glory. Ducis had succeeded in doing something with Shakespeare; he had made him possible; he had extracted some “tragedies” from him; Ducis impressed one as being a man who could chisel an Apollo out of Moloch. It was the time when Iago was called Pezare; Horatio, Norceste; and Desdemona, Hedelmone. A charming and very witty woman, the Duchess de Duras, used to say: “Desdemona, what an ugly name! Fie!” Talma, Prince of Denmark, in a tunic of lilac satin trimmed with fur, used to exclaim: “Avaunt! Dread spectre!” The poor spectre, in fact, was only tolerated behind the scenes. If it had ventured to put in the slightest appearance M. Evariste Dumoulin would have given it a severe talking to. Some Génin or other would have hurled at it the first cobble-stone he could lay his hand on–a line from Boileau: L’esprit n’est point ému de ce qu’il ne croit pas. It was replaced on the stage by an “urn” that Talma carried under his arm. A spectre is ridiculous; “ashes,” that’s the style! Are not the “ashes” of Napoleon still spoken of? Is not the translation of the coffin from St. Helena to the Invalides alluded to as “the return of the ashes”? As to the witches of Macbeth, they were rigorously barred. The hall-porter of the Théâtre-Français had his orders. They would have been received with their own brooms.

I am mistaken, however, in saying that I did not know Shakespeare. I knew him as everybody else did, not having read him, and having treated him with ridicule. My childhood began, as everybody’s childhood begins, with prejudices. Man finds prejudices beside his cradle, puts them from him a little in the course of his career, and often, alas! takes to them again in his old age.

During this journey in 1825 Charles Nodier and I passed our time recounting to each other the Gothic tales and romances that have taken root in Rheims. Our memories and sometimes our imaginations, clubbed together. Each of us furnished his legend. Rheims is one of the most impossible towns in the geography of story. Pagan lords have lived there, one of whom gave as a dower to his daughter the strips of land in Borysthenes called the “race-courses of Achilles.” The Duke de Guyenne, in the fabliaux, passes through Rheims on his way to besiege Babylon; Babylon, moreover, which is very worthy of Rheims, is the capital of the Admiral Gaudissius. It is at Rheims that the deputation sent by the Locri Ozolae to Apollonius of Tyana, “high priest of Bellona,” “disembarks.” While discussing this disembarkation we argued concerning the Locri Ozolae. These people, according to Nodier, were called the Fetidae because they were half monkeys; according to myself, because they inhabited the marshes of Phocis. We reconstructed on the spot the tradition of St. Remigius and his adventures with the fairy Mazelane. The Champagne country is rich in tales. Nearly all the old Gaulish fables had their origin in this province. Rheims is the land of chimeras. It is perhaps for this reason that kings were crowned there.

Legends are so natural to this place, are in such good soil, that they immediately began to germinate upon the coronation of Charles X. itself. The Duke of Northumberland, the representative of England at the coronation ceremonies, was reputed fabulously wealthy. Wealthy and English, how could he be otherwise than a la mode? The English, at that period, were very popular in French society, although not among the people. They were liked in certain salons because of Waterloo, which was still fairly recent, and to Anglicize the French language was a recommendation in ultra-fashionable society. Lord Northumberland, therefore, long before his arrival, was popular and legendary in Rheims. A coronation was a godsend to Rheims. A flood of opulent people inundated the city. It was the Nile that was passing. Landlords rubbed their hands with glee.

There was in Rheims in those days, and there probably is to-day, at the corner of a street giving on to the square, a rather large house with a carriage-entrance and a balcony, built of stone in the royal style of Louis XIV., and facing the cathedral. About this house and Lord Northumberland the following was related…