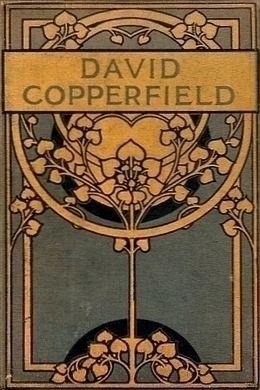 Dickens’s classic tale of a young man’s adventures on his journey from an unhappy childhood to his success as a novelist. Among the characters he encounters are his tyrannical stepfather, Mr. Murdstone; his formidable aunt, Betsey Trotwood; the eternally humble yet treacherous Uriah Heep; frivolous, enchanting Dora; and the magnificently impecunious Micawber, one of literature’s great comic creations. In David Copperfield-the novel he described as his “favourite child” - Dickens drew revealingly on his own experiences to create one of his most exuberant and enduringly popular works.

Whether I shall turn out to be the hero of my own life, or whether that station will be held by anybody else, these pages must show. To begin my life with the beginning of my life, I record that I was born (as I have been informed and believe) on a Friday, at twelve o’clock at night. It was remarked that the clock began to strike, and I began to cry, simultaneously.

In consideration of the day and hour of my birth, it was declared by the nurse, and by some sage women in the neighbourhood who had taken a lively interest in me several months before there was any possibility of our becoming personally acquainted, first, that I was destined to be unlucky in life; and secondly, that I was privileged to see ghosts and spirits; both these gifts inevitably attaching, as they believed, to all unlucky infants of either gender, born towards the small hours on a Friday night.

I need say nothing here, on the first head, because nothing can show better than my history whether that prediction was verified or falsified by the result. On the second branch of the question, I will only remark, that unless I ran through that part of my inheritance while I was still a baby, I have not come into it yet. But I do not at all complain of having been kept out of this property; and if anybody else should be in the present enjoyment of it, he is heartily welcome to keep it.

I was born with a caul, which was advertised for sale, in the newspapers, at the low price of fifteen guineas. Whether sea-going people were short of money about that time, or were short of faith and preferred cork jackets, I don’t know; all I know is, that there was but one solitary bidding, and that was from an attorney connected with the bill-broking business, who offered two pounds in cash, and the balance in sherry, but declined to be guaranteed from drowning on any higher bargain. Consequently the advertisement was withdrawn at a dead loss–for as to sherry, my poor dear mother’s own sherry was in the market then–and ten years afterwards, the caul was put up in a raffle down in our part of the country, to fifty members at half-a-crown a head, the winner to spend five shillings. I was present myself, and I remember to have felt quite uncomfortable and confused, at a part of myself being disposed of in that way. The caul was won, I recollect, by an old lady with a hand-basket, who, very reluctantly, produced from it the stipulated five shillings, all in halfpence, and twopence halfpenny short–as it took an immense time and a great waste of arithmetic, to endeavour without any effect to prove to her. It is a fact which will be long remembered as remarkable down there, that she was never drowned, but died triumphantly in bed, at ninety-two. I have understood that it was, to the last, her proudest boast, that she never had been on the water in her life, except upon a bridge; and that over her tea (to which she was extremely partial) she, to the last, expressed her indignation at the impiety of mariners and others, who had the presumption to go ‘meandering’ about the world. It was in vain to represent to her that some conveniences, tea perhaps included, resulted from this objectionable practice. She always returned, with greater emphasis and with an instinctive knowledge of the strength of her objection, ‘Let us have no meandering.’

Not to meander myself, at present, I will go back to my birth.

I was born at Blunderstone, in Suffolk, or ‘there by’, as they say in Scotland. I was a posthumous child. My father’s eyes had closed upon the light of this world six months, when mine opened on it. There is something strange to me, even now, in the reflection that he never saw me; and something stranger yet in the shadowy remembrance that I have of my first childish associations with his white grave-stone in the churchyard, and of the indefinable compassion I used to feel for it lying out alone there in the dark night, when our little parlour was warm and bright with fire and candle, and the doors of our house were–almost cruelly, it seemed to me sometimes–bolted and locked against it.

An aunt of my father’s, and consequently a great-aunt of mine, of whom I shall have more to relate by and by, was the principal magnate of our family. Miss Trotwood, or Miss Betsey, as my poor mother always called her, when she sufficiently overcame her dread of this formidable personage to mention her at all (which was seldom), had been married to a husband younger than herself, who was very handsome, except in the sense of the homely adage, ‘handsome is, that handsome does’–for he was strongly suspected of having beaten Miss Betsey, and even of having once, on a disputed question of supplies, made some hasty but determined arrangements to throw her out of a two pair of stairs’ window. These evidences of an incompatibility of temper induced Miss Betsey to pay him off, and effect a separation by mutual consent.