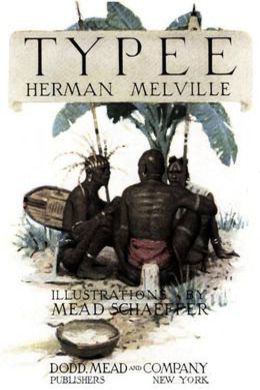 A Peep at Polynesian Life

Typee was Herman Melville’s first novel. Originally published in 1846, it was partially based on Melville’s own experiences as a beachcomber in the South Pacific Marquesas Islands. A romanticized travelogue of the Pacific island paradise Nuku Hiva, it is the story of Tommo, a Yankee sailor and his four month stay on the island. One of Melville’s most popular works during his lifetime, Typee gives the reader a captivating look into the cultures and traditions of the natives living in the islands of the South Pacific.

Six months at sea! Yes, reader, as I live, six months out of sight of land; cruising after the sperm whale beneath the scorching sun of the Line, and tossed on the billows of the wide-rolling Pacific—the sky above, the sea around, and nothing else! Weeks and weeks ago our fresh provisions were all exhausted. There is not a sweet potato left; not a single yam. Those glorious bunches of bananas which once decorated our stern and quarter-deck, have, alas, disappeared! and the delicious oranges which hung suspended from our tops and stays—they, too, are gone! Yes, they are all departed, and there is nothing left us but salt-horse and sea-biscuit.

Oh! for a refreshing glimpse of one blade of grass—for a snuff at the fragrance of a handful of the loamy earth! Is there nothing fresh around us? Is there no green thing to be seen? Yes, the inside of our bulwarks is painted green; but what a vile and sickly hue it is, as if nothing bearing even the semblance of verdure could flourish this weary way from land. Even the bark that once clung to the wood we use for fuel has been gnawed off and devoured by the captain’s pig; and so long ago, too, that the pig himself has in turn been devoured.

There is but one solitary tenant in the chicken-coop, once a gay and dapper young cock, bearing him so bravely among the coy hens. But look at him now; there he stands, moping all the day long on that everlasting one leg of his. He turns with disgust from the mouldy corn before him, and the brackish water in his little trough. He mourns no doubt his lost companions, literally snatched from him one by one, and never seen again. But his days of mourning will be few; for Mungo, our black cook, told me yesterday that the word had at last gone forth, and poor Pedro’s fate was sealed. His attenuated body will be laid out upon the captain’s table next Sunday, and long before night will be buried, with all the usual ceremonies, beneath that worthy individual’s vest. Who would believe that there could be any one so cruel as to long for the decapitation of the luckless Pedro; yet the sailors pray every minute, selfish fellows, that the miserable fowl may be brought to his end. They say the captain will never point the ship for the land so long as he has in anticipation a mess of fresh meat. This unhappy bird can alone furnish it; and when he is once devoured, the captain will come to his senses. I wish thee no harm, Peter; but as thou art doomed, sooner or later, to meet the fate of all thy race; and if putting a period to thy existence is to be the signal for our deliverance, why—truth to speak—I wish thy throat cut this very moment; for, oh! how I wish to see the living earth again! The old ship herself longs to look out upon the land from her hawseholes once more, as Jack Lewis said right the other day when the captain found fault with his steering.

“Why, d’ye see, Captain Vangs,” says bold Jack, “I’m as good a helmsman as ever put hand to spoke; but none of us can steer the old lady now. We can’t keep her full and bye, sir: watch her ever so close, she will fall off; and then, sir, when I put the helm down so gently and try like to coax her to the work, she won’t take it kindly, but will fall round off again; and it’s all because she knows the land is under the lee, sir, and she won’t go any more to windward.” Ay, and why should she, Jack? didn’t every one of her stout timbers grow on shore, and hasn’t she sensibilities as well as we?

Poor old ship! Her very looks denote her desires: how deplorable she appears! The paint on her sides, burnt up by the scorching sun, is puffed out and cracked. See the weeds she trails along with her, and what an unsightly bunch of these horrid barnacles has formed about her stern-piece; and every time she rises on a sea, she shows her copper torn away or hanging in jagged strips.

Poor old ship! I say again: for six months she has been rolling and pitching about, never for one moment at rest. But courage, old lass, I hope to see thee soon within a biscuit’s toss of the merry land, riding snugly at anchor in some green cove, and sheltered from the boisterous winds.

“Hurrah, my lads! It’s a settled thing; next week we shape our course to the Marquesas!” The Marquesas! What strange visions of outlandish things does the very name spirit up! Lovely houris—cannibal banquets—groves of cocoa-nuts—coral reefs—tattooed chiefs—and bamboo temples; sunny valleys planted with bread-fruit trees—carved canoes dancing on the flashing blue waters—savage woodlands guarded by horrible idols—heathenish rites and human sacrifices.

Such were the strangely jumbled anticipations that haunted me during our passage from the cruising ground. I felt an irresistible curiosity to see those islands which the olden voyagers had so glowingly described.