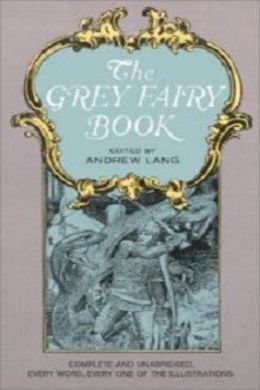 These tales are derived from many countries; Lithuania, various parts of Africa, Germany, France, Greece, and other regions of the world. They have been translated and adapted by Mrs. Dent, Mrs. Lang, Miss Eleanor Sellar, Miss Blackley, and Miss Hang. ‘The Three Sons of Hali’ is from the last century ‘Cabinet des Fees,’ a very large collection. The French author may have had some Oriental original before him in parts; at all events he copied the Eastern method of putting tale within tale, like the Eastern balls of carved ivory. The stories, as usual, illustrate the method of popular fiction. A certain number of incidents are shaken into many varying combinations, like the fragments of coloured glass in the kaleidoscope.

There was once upon a time a king who was so much beloved by his subjects that he thought himself the happiest monarch in the whole world, and he had everything his heart could desire. His palace was filled with the rarest of curiosities, and his gardens with the sweetest flowers, while in the marble stalls of his stables stood a row of milk–white Arabs, with big brown eyes.

Strangers who had heard of the marvels which the king had collected, and made long journeys to see them, were, however, surprised to find the most splendid stall of all occupied by a donkey, with particularly large and drooping ears. It was a very fine donkey; but still, as far as they could tell, nothing so very remarkable as to account for the care with which it was lodged; and they went away wondering, for they could not know that every night, when it was asleep, bushels of gold pieces tumbled out of its ears, which were picked up each morning by the attendants.

After many years of prosperity a sudden blow fell upon the king in the death of his wife, whom he loved dearly. But before she died, the queen, who had always thought first of his happiness, gathered all her strength, and said to him:

‘Promise me one thing: you must marry again, I know, for the good of your people, as well as of yourself. But do not set about it in a hurry. Wait until you have found a woman more beautiful and better formed than myself.’

‘Oh, do not speak to me of marrying,’ sobbed the king; ‘rather let me die with you!’ But the queen only smiled faintly, and turned over on her pillow and died.

For some months the king’s grief was great; then gradually he began to forget a little, and, besides, his counsellors were always urging him to seek another wife. At first he refused to listen to them, but by–and–by he allowed himself to be persuaded to think of it, only stipulating that the bride should be more beautiful and attractive than the late queen, according to the promise he had made her.

Overjoyed at having obtained what they wanted, the counsellors sent envoys far and wide to get portraits of all the most famous beauties of every country. The artists were very busy and did their best, but, alas! nobody could even pretend that any of the ladies could compare for a moment with the late queen.

At length, one day, when he had turned away discouraged from a fresh collection of pictures, the king’s eyes fell on his adopted daughter, who had lived in the palace since she was a baby, and he saw that, if a woman existed on the whole earth more lovely than the queen, this was she! He at once made known what his wishes were, but the young girl, who was not at all ambitious, and had not the faintest desire to marry him, was filled with dismay, and begged for time to think about it. That night, when everyone was asleep, she started in a little car drawn by a big sheep, and went to consult her fairy godmother.

‘I know what you have come to tell me,’ said the fairy, when the maiden stepped out of the car; ‘and if you don’t wish to marry him, I will show you how to avoid it. Ask him to give you a dress that exactly matches the sky. It will be impossible for him to get one, so you will be quite safe.’ The girl thanked the fairy and returned home again.

The next morning, when her father (as she had always called him) came to see her, she told him that she could give him no answer until he had presented her with a dress the colour of the sky. The king, overjoyed at this answer, sent for all the choicest weavers and dressmakers in the kingdom, and commanded them to make a robe the colour of the sky without an instant’s delay, or he would cut off their heads at once. Dreadfully frightened at this threat, they all began to dye and cut and sew, and in two days they brought back the dress, which looked as if it had been cut straight out of the heavens! The poor girl was thunderstruck, and did not know what to do; so in the night she harnessed her sheep again, and went in search of her godmother.

‘The king is cleverer than I thought,’ said the fairy; ‘but tell him you must have a dress of moonbeams.’

And the next day, when the king summoned her into his presence, the girl told him what she wanted.

‘Madam, I can refuse you nothing,’ said he; and he ordered the dress to be ready in twenty–four hours, or every man should be hanged.

They set to work with all their might, and by dawn next day, the dress of moonbeams was laid across her bed. The girl, though she could not help admiring its beauty, began to cry, till the fairy, who heard her, came to her help.

‘Well, I could not have believed it of him!’ said she; ‘but ask for a dress of sunshine, and I shall be surprised indeed if he manages that!’