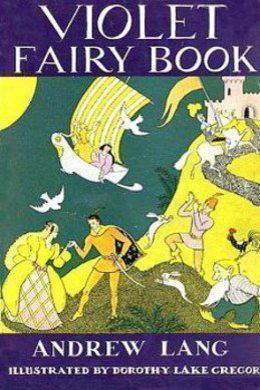 For this collection, Andrew Lang gathered African, Scandinavian, Egyptian and even Babylonian stoires. While they may not be familiar to you, they are an excellent insight into various cultures, to show that despite our skin color, we all share similar belief systems and family values.

Long, long ago there stood in the midst of a country covered with lakes a vast stretch of moorland called the Tontlawald, on which no man ever dared set foot. From time to time a few bold spirits had been drawn by curiosity to its borders, and on their return had reported that they had caught a glimpse of a ruined house in a grove of thick trees, and round about it were a crowd of beings resembling men, swarming over the grass like bees. The men were as dirty and ragged as gipsies, and there were besides a quantity of old women and half–naked children.

One night a peasant who was returning home from a feast wandered a little farther into the Tontlawald, and came back with the same story. A countless number of women and children were gathered round a huge fire, and some were seated on the ground, while others danced strange dances on the smooth grass. One old crone had a broad iron ladle in her hand, with which every now and then she stirred the fire, but the moment she touched the glowing ashes the children rushed away, shrieking like night owls, and it was a long while before they ventured to steal back. And besides all this there had once or twice been seen a little old man with a long beard creeping out of the forest, carrying a sack bigger than himself. The women and children ran by his side, weeping and trying to drag the sack from off his back, but he shook them off, and went on his way. There was also a tale of a magnificent black cat as large as a foal, but men could not believe all the wonders told by the peasant, and it was difficult to make out what was true and what was false in his story. However, the fact remained that strange things did happen there, and the King of Sweden, to whom this part of the country belonged, more than once gave orders to cut down the haunted wood, but there was no one with courage enough to obey his commands. At length one man, bolder than the rest, struck his axe into a tree, but his blow was followed by a stream of blood and shrieks as of a human creature in pain. The terrified woodcutter fled as fast as his legs would carry him, and after that neither orders nor threats would drive anybody to the enchanted moor.

A few miles from the Tontlawald was a large village, where dwelt a peasant who had recently married a young wife. As not uncommonly happens in such cases, she turned the whole house upside down, and the two quarrelled and fought all day long.