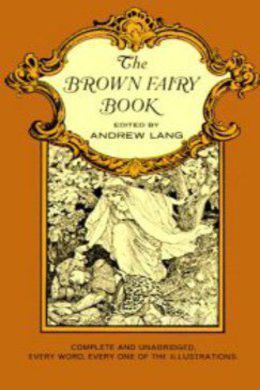 The stories in this Fairy Book come from all quarters of the world. For example, the adventures of ‘Ball-Carrier and the Bad One’ are told by Red Indian grandmothers to Red Indian children who never go to school, nor see pen and ink. ‘The Bunyip’ is known to even more uneducated little ones, running about with no clothes at all in the bush, in Australia. You may see photographs of these merry little black fellows before their troubles begin, in ‘Northern Races of Central Australia,’ by Messrs. Spencer and Gillen. They have no lessons except in tracking and catching birds, beasts, fishes, lizards, and snakes, all of which they eat. But when they grow up to be big boys and girls, they are cruelly cut about with stone knives and frightened with sham bogies all for their good’ their parents say and I think they would rather go to school, if they had their choice, and take their chance of being birched and bullied. However, many boys might think it better fun to begin to learn hunting as soon as they can walk. Other stories, like ‘The Sacred Milk of Koumongoe,’ come from the Kaffirs in Africa, whose dear papas are not so poor as those in Australia, but have plenty of cattle and milk, and good mealies to eat, and live in houses like very big bee-hives, and wear clothes of a sort, though not very like our own.

One day, when the king was sitting in his hall of audience, his eldest son, Prince Tahmasp, came before him, and after greeting his father with due respect, said: ‘O my royal father! I am tired of the town; if you will give me leave, I will take my servants to–morrow and will go into the country and hunt on the hill–skirts; and when I have taken some game I will come back, at evening–prayer time.’ His father consented, and sent with him some of his own trusted servants, and also hawks, and falcons, hunting dogs, cheetahs and leopards.

At the place where the prince intended to hunt he saw a most beautiful deer. He ordered that it should not be killed, but trapped or captured with a noose. The deer looked about for a place where he might escape from the ring of the beaters, and spied one unwatched close to the prince himself. It bounded high and leaped right over his head, got out of the ring, and tore like the eastern wind into the waste. The prince put spurs to his horse and pursued it; and was soon lost to the sight of his followers. Until the world–lighting sun stood above his head in the zenith he did not take his eyes off the deer; suddenly it disappeared behind some rising ground, and with all his search he could not find any further trace of it. He was now drenched in sweat, and he breathed with pain; and his horse’s tongue hung from its mouth with thirst. He dismounted and toiled on, with bridle on arm, praying and casting himself on the mercy of heaven. Then his horse fell and surrendered its life to God. On and on he went across the sandy waste, weeping and with burning breast, till at length a hill rose into sight. He mustered his strength and climbed to the top, and there he found a giant tree whose foot kept firm the wrinkled earth, and whose crest touched the very heaven. Its branches had put forth a glory of leaves, and there were grass and a spring underneath it, and flowers of many colours.

Gladdened by this sight, he dragged himself to the water’s edge, drank his fill, and returned thanks for his deliverance from thirst.

He looked about him and, to his amazement, saw close by a royal seat. While he was pondering what could have brought this into the merciless desert, a man drew near who was dressed like a faqir, and had bare head and feet, but walked with the free carriage of a person of rank. His face was kind, and wise and thoughtful, and he came on and spoke to the prince.

‘O good youth! how did you come here? Who are you? Where do you come from?’

The prince told everything just as it had happened to him, and then respectfully added: ‘I have made known my own circumstances to you, and now I venture to beg you to tell me your own. Who are you? How did you come to make your dwelling in this wilderness?’

To this the faqir replied: ‘O youth! it would be best for you to have nothing to do with me and to know nothing of my fortunes, for my story is fit neither for telling nor for hearing.’ The prince, however, pleaded so hard to be told, that at last there was nothing to be done but to let him hear.

‘Learn and know, O young man! that I am King Janangir World–gripper. of Babylon, and that once I had army and servants, family and treasure; untold wealth and belongings. The Most High God gave me seven sons who grew up well versed in all princely arts. My eldest son heard from travellers that in Turkistan, on the Chinese frontier, there is a king named Quimus, the son of Timus, and that he has an only child, a daughter named Mihr–afruz, Love–enkindler. who, under all the azure heaven, is unrivalled for beauty. Princes come from all quarters to ask her hand, and on one and all she imposes a condition. She says to them: “I know a riddle; and I will marry anyone who answers it, and will bestow on him all my possessions. But if a suitor cannot answer my question I cut off his head and hang it on the battlements of the citadel.” The riddle she asks is, “What did the rose do to the cypress?”

‘Now, when my son heard this tale, he fell in love with that unseen girl, and he came to me lamenting and bewailing himself. Nothing that I could say had the slightest effect on him. I said: “Oh my son! if there must be fruit of this fancy of yours, I will lead forth a great army against King Quimus. If he will give you his daughter freely, well and good; and if not, I will ravage his kingdom and bring her away by force.” This plan did not please him; he said: “It is not right to lay a kingdom waste and to destroy a palace so that I may attain my desire. I will go alone; I will answer the riddle, and win her in this way.” At last, out of pity for him, I let him go.