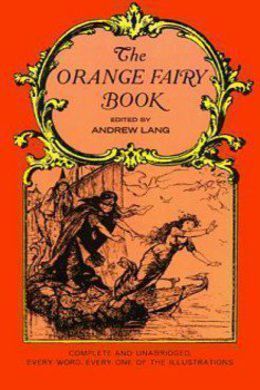 In this volume there are stories from the natives of Rhodesia, collected by Mr. Fairbridge, who speaks the native language, and one is brought by Mr. Cripps from another part of Africa, Uganda. Three tales from the Punjaub were collected and translated by Major Campbell. Various savage tales, which needed a good deal of editing, are derived from the learned pages of the ‘Journal of the Anthropological Institute.’ With these exceptions, and ‘The Magic Book,’ translated by Mrs. Pedersen, from ‘Eventyr fra Jylland,’ by Mr. Ewald Tang Kristensen (Stories from Jutland), all the tales have been done, from various sources, by Mrs. Lang, who has modified, where it seemed desirable, all the narratives.

Once upon a time, at the town of Senna on the banks of the Zambesi, was born a child. He was not like other children, for he was very tall and strong; over his shoulder he carried a big sack, and in his hand an iron hammer. He could also speak like a grown man, but usually he was very silent.

One day his mother said to him: ‘My child, by what name shall we know you?’

And he answered: ‘Call all the head men of Senna here to the river’s bank.’ And his mother called the head men of the town, and when they had come he led them down to a deep black pool in the river where all the fierce crocodiles lived.

‘O great men!’ he said, while they all listened, ‘which of you will leap into the pool and overcome the crocodiles?’ But no one would come forward. So he turned and sprang into the water and disappeared.

The people held their breath, for they thought: ‘Surely the boy is bewitched and throws away his life, for the crocodiles will eat him!’ Then suddenly the ground trembled, and the pool, heaving and swirling, became red with blood, and presently the boy rising to the surface swam on shore.

But he was no longer just a boy! He was stronger than any man and very tall and handsome, so that the people shouted with gladness when they saw him.

‘Now, O my people!’ he cried, waving his hand, ‘you know my name–I am Makoma, “the Greater”; for have I not slain the crocodiles into the pool where none would venture?’

Then he said to his mother: ‘Rest gently, my mother, for I go to make a home for myself and become a hero.’ Then, entering his hut he took Nu-endo, his iron hammer, and throwing the sack over his shoulder, he went away.

Makoma crossed the Zambesi, and for many moons he wandered towards the north and west until he came to a very hilly country where, one day, he met a huge giant making mountains.

‘Greeting,’ shouted Makoma, ‘you are you?’

‘I am Chi-eswa-mapiri, who makes the mountains,’ answered the giant; ‘and who are you?’

‘I am Makoma, which signifies “greater,”’ answered he.

‘Greater than who?’ asked the giant.

‘Greater than you!’ answered Makoma.

The giant gave a roar and rushed upon him. Makoma said nothing, but swinging his great hammer, Nu-endo, he struck the giant upon the head.

He struck him so hard a blow that the giant shrank into quite a little man, who fell upon his knees saying: ‘You are indeed greater than I, O Makoma; take me with you to be your slave!’ So Makoma picked him up and dropped him into the sack that he carried upon his back.

He was greater than ever now, for all the giant’s strength had gone into him; and he resumed his journey, carrying his burden with as little difficulty as an eagle might carry a hare.

Before long he came to a country broken up with huge stones and immense clods of earth. Looking over one of the heaps he saw a giant wrapped in dust dragging out the very earth and hurling it in handfuls on either side of him.

‘Who are you,’ cried Makoma, ‘that pulls up the earth in this way?’

‘Greater than who?’ thundered the giant.

‘Greater than you!’ answered Makoma.

With a shout, Chi-dubula-taka seized a great clod of earth and launched it at Makoma. But the hero had his sack held over his left arm and the stones and earth fell harmlessly upon it, and, tightly gripping his iron hammer, he rushed in and struck the giant to the ground. Chi-dubula-taka grovelled before him, all the while growing smaller and smaller; and when he had become a convenient size Makoma picked him up and put him into the sack beside Chi-eswa-mapiri.

He went on his way even greater than before, as all the river-maker’s power had become his; and at last he came to a forest of bao-babs and thorn trees. He was astonished at their size, for every one was full grown and larger than any trees he had ever seen, and close by he saw Chi-gwisa-miti, the giant who was planting the forest.

Chi-gwisa-miti was taller than either of his brothers, but Makoma was not afraid, and called out to him: ‘Who are you, O Big One?’

‘I,’ said the giant, ‘am Chi-gwisa-miti, and I am planting these bao-babs and thorns as food for my children the elephants.’

‘Leave off!’ shouted the hero, ‘for I am Makoma, and would like to exchange a blow with thee!’

The giant, plucking up a monster bao-bab by the roots, struck heavily at Makoma; but the hero sprang aside, and as the weapon sank deep into the soft earth, whirled Nu-endo the hammer round his head and felled the giant with one blow.

So terrible was the stroke that Chi-gwisa-miti shrivelled up as the other giants had done; and when he had got back his breath he begged Makoma to take him as his servant.