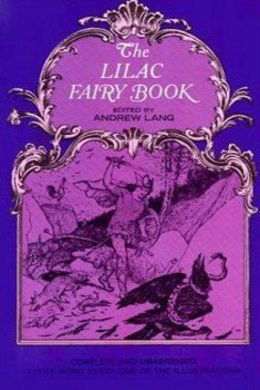 The twelfth in Andrew Lang’s Fairy Book series containing 33 tales from Portugal, Ireland, Wales and points East and West, among them “The Brown Bear of Norway,” “The Enchanted Deer,” “The Story of a Very Bad Boy,” and “The Brownie of the Lake”. First published in 1910 and includes 51 illustrations.

In the land of Erin there dwelt long ago a widow who had an only son. He was a clever boy, so she saved up enough money to send him to school, and, as soon as he was old enough, to apprentice him to any trade that he would choose. But when the time came, he said he would not be bound to any trade, and that he meant to be a thief.

Now his mother was very sorrowful when she heard of this, but she knew quite well that if she tried to stop his having his own way he would only grow more determined to get it. So all the answer she made was that the end of thieves was hanging at the bridge of Dublin, and then she left him alone, hoping that when he was older he might become more sensible.

One day she was going to church to hear a sermon from a great preacher, and she begged the Shifty Lad, as the neighbours called him from the tricks he played, to come with her. But he only laughed and declared that he did not like sermons, adding:

‘However, I will promise you this, that the first trade you hear named after you come out from church shall be my trade for the rest of my life.’

These words gave a little comfort to the poor woman, and her heart was lighter than before as she bade him farewell.

When the Shifty Lad thought that the hour had nearly come for the sermon to be over, he hid himself in some bushes in a little path that led straight to his mother’s house, and as she passed along, thinking of all the good things she had heard, a voice shouted close to her ear ‘Robbery! Robbery! Robbery!’ The suddenness of it made her jump. The naughty boy had managed to change his voice, so that she did not know it for his, and he had concealed himself so well that, though she peered about all round her, she could see no one. As soon as she had turned the corner the Shifty Lad came out, and by running very fast through the wood he contrived to reach home before his mother, who found him stretched out comfortably before the fire.

‘Well, have you got any news to tell me?’ asked he.

‘No, nothing; for I left the church at once, and did not stop to speak to anyone.’

‘Oh, then no one has mentioned a trade to you?’ he said in tones of disappointment.

‘And quite enough too,’ answered the boy. ‘What did I tell you? That is going to be my trade.’

‘Then your end will be hanging at the bridge of Dublin,’ said she. But there was no sleep for her that night, for she lay in the dark thinking about her son.

‘If he is to be a thief at all, he had better be a good one. And who is there that can teach him?’ the mother asked herself. But an idea came to her, and she arose early, before the sun was up, and set off for the home of the Black Rogue, or Gallows Bird, who was such a wonderful thief that, though all had been robbed by him, no one could catch him.

‘Good–morning to you,’ said the woman as she reached the place where the Black Gallows Bird lived when he was not away on his business. ‘My son has a fancy to learn your trade. Will you be kind enough to teach him?’

‘If he is clever, I don’t mind trying,’ answered the Black Gallows Bird; ‘and, of course, if any one can turn him into a first–rate thief, it is I. But if he is stupid, it is no use at all; I can’t bear stupid people.’

The Shifty Lad jumped for joy when his mother told him where she had been.

‘I will become the best thief in all Erin!’ he cried, and paid no heed when his mother shook her head and murmured something about ‘the bridge of Dublin.’

Every evening after dark the Shifty Lad went to the home of the Black Gallows Bird, and many were the new tricks he learned. By and bye he was allowed to go out with the Bird and watch him at work, and at last there came a day when his master thought that he had grown clever enough to help in a big robbery.

‘There is a rich farmer up there on the hill, who has just sold all his fat cattle for much money and has bought some lean ones which will cost him little. Now it happens that, while he has received the money for the fat cattle, he has not yet paid the price of the thin ones, which he has in the cowhouse. To–morrow he will go to the market with the money in his hand, so to–night we must get at the chest. When all is quiet we will hide in the loft.’

There was no moon, and it was the night of Hallowe’en, and everyone was burning nuts and catching apples in a tub of water with their hands tied, and playing all sorts of other games, till the Shifty Lad grew quite tired of waiting for them to get to bed.