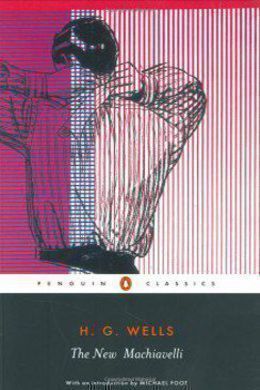 As H. G. Wells sat down to write, he realised with almost shuddering accuracy that he had reached the exact same age as Machiavelli was when he fell from politics and wrote of the restlessness of his spirit. And it was this same restless passion that compelled H G Wells to write a similar book. Thinking further he unearthed yet more striking parallels of his life and that of Machiavelli and this served as a unique inspiration for The New Machiavelli. The result is an inspired and remarkable work of sheer creative genius.

Since I came to this place I have been very restless, wasting my energies in the futile beginning of ill–conceived books. One does not settle down very readily at two and forty to a new way of living, and I have found myself with the teeming interests of the life I have abandoned still buzzing like a swarm of homeless bees in my head. My mind has been full of confused protests and justifications. In any case I should have found difficulties enough in expressing the complex thing I have to tell, but it has added greatly to my trouble that I have a great analogue, that a certain Niccolo Machiavelli chanced to fall out of politics at very much the age I have reached, and wrote a book to engage the restlessness of his mind, very much as I have wanted to do. He wrote about the relation of the great constructive spirit in politics to individual character and weaknesses, and so far his achievement lies like a deep rut in the road of my intention. It has taken me far astray. It is a matter of many weeks now—diversified indeed by some long drives into the mountains behind us and a memorable sail to Genoa across the blue and purple waters that drowned Shelley—since I began a laboured and futile imitation of “The Prince.”” I sat up late last night with the jumbled accumulation; and at last made a little fire of olive twigs and burnt it all, sheet by sheet—to begin again clear this morning.

But incidentally I have re–read most of Machiavelli, not excepting those scandalous letters of his to Vettori, and it seems to me, now that I have released myself altogether from his literary precedent, that he still has his use for me. In spite of his vast prestige I claim kindred with him and set his name upon my title–page, in partial intimation of the matter of my story. He takes me with sympathy not only by reason of the dream he pursued and the humanity of his politics, but by the mixture of his nature. His vices come in, essential to my issue. He is dead and gone, all his immediate correlations to party and faction have faded to insignificance, leaving only on the one hand his broad method and conceptions, and upon the other his intimate living personality, exposed down to its salacious corners as the soul of no contemporary can ever be exposed. Of those double strands it is I have to write, of the subtle protesting perplexing play of instinctive passion and desire against too abstract a dream of statesmanship. But things that seemed to lie very far apart in Machiavelli’s time have come near to one another; it is no simple story of white passions struggling against the red that I have to tell.