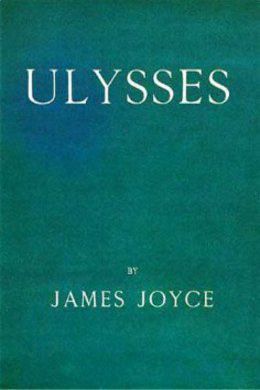 Ulysses, one of the greatest novels of the twentieth century, has had a profound influence on modern fiction. In a series of episodes covering the course of a single day, 16 June 1904, the novel traces the movements of Leopold Bloom and Stephen Dedalus through the streets of Dublin. Each episode has its own literary style, and the epic journey of Odysseus is only one of many correspondences that add layers of meaning to the text. Ulysses has been the subject of controversy since copies of the first English edition were burned by the New York Post Office Authorities.

Stately, plump Buck Mulligan came from the stairhead, bearing a bowl of lather on which a mirror and a razor lay crossed. A yellow dressinggown, ungirdled, was sustained gently behind him on the mild morning air. He held the bowl aloft and intoned:

Halted, he peered down the dark winding stairs and called out coarsely:

–Come up, Kinch! Come up, you fearful jesuit!

Solemnly he came forward and mounted the round gunrest. He faced about and blessed gravely thrice the tower, the surrounding land and the awaking mountains. Then, catching sight of Stephen Dedalus, he bent towards him and made rapid crosses in the air, gurgling in his throat and shaking his head. Stephen Dedalus, displeased and sleepy, leaned his arms on the top of the staircase and looked coldly at the shaking gurgling face that blessed him, equine in its length, and at the light untonsured hair, grained and hued like pale oak.

Buck Mulligan peeped an instant under the mirror and then covered the bowl smartly.

–Back to barracks! he said sternly.

He added in a preacher’s tone:

–For this, O dearly beloved, is the genuine Christine: body and soul and blood and ouns. Slow music, please. Shut your eyes, gents. One moment. A little trouble about those white corpuscles. Silence, all.

He peered sideways up and gave a long slow whistle of call, then paused awhile in rapt attention, his even white teeth glistening here and there with gold points. Chrysostomos. Two strong shrill whistles answered through the calm.

–Thanks, old chap, he cried briskly. That will do nicely. Switch off the current, will you?

He skipped off the gunrest and looked gravely at his watcher, gathering about his legs the loose folds of his gown. The plump shadowed face and sullen oval jowl recalled a prelate, patron of arts in the middle ages. A pleasant smile broke quietly over his lips.

–The mockery of it! he said gaily. Your absurd name, an ancient Greek!

He pointed his finger in friendly jest and went over to the parapet, laughing to himself. Stephen Dedalus stepped up, followed him wearily halfway and sat down on the edge of the gunrest, watching him still as he propped his mirror on the parapet, dipped the brush in the bowl and lathered cheeks and neck.

–My name is absurd too: Malachi Mulligan, two dactyls. But it has a Hellenic ring, hasn’t it? Tripping and sunny like the buck himself. We must go to Athens. Will you come if I can get the aunt to fork out twenty quid?

He laid the brush aside and, laughing with delight, cried:

–Will he come? The jejune jesuit!

Ceasing, he began to shave with care.

–How long is Haines going to stay in this tower?

Buck Mulligan showed a shaven cheek over his right shoulder.

–God, isn’t he dreadful? he said frankly. A ponderous Saxon. He thinks you’re not a gentleman. God, these bloody English! Bursting with money and indigestion. Because he comes from Oxford. You know, Dedalus, you have the real Oxford manner. He can’t make you out. O, my name for you is the best: Kinch, the knife-blade.

He shaved warily over his chin.

–He was raving all night about a black panther, Stephen said. Where is his guncase?

–A woful lunatic! Mulligan said. Were you in a funk?

–I was, Stephen said with energy and growing fear. Out here in the dark with a man I don’t know raving and moaning to himself about shooting a black panther. You saved men from drowning. I’m not a hero, however. If he stays on here I am off.

Buck Mulligan frowned at the lather on his razorblade. He hopped down from his perch and began to search his trouser pockets hastily.

He came over to the gunrest and, thrusting a hand into Stephen’s upper pocket, said:

–Lend us a loan of your noserag to wipe my razor.

Stephen suffered him to pull out and hold up on show by its corner a dirty crumpled handkerchief. Buck Mulligan wiped the razorblade neatly. Then, gazing over the handkerchief, he said:

–The bard’s noserag! A new art colour for our Irish poets: snotgreen. You can almost taste it, can’t you?

He mounted to the parapet again and gazed out over Dublin bay, his fair oakpale hair stirring slightly.

–God! he said quietly. Isn’t the sea what Algy calls it: a grey sweet mother? The snotgreen sea. The scrotumtightening sea. Epi oinopa ponton. Ah, Dedalus, the Greeks! I must teach you. You must read them in the original. Thalatta! Thalatta! She is our great sweet mother. Come and look.

Stephen stood up and went over to the parapet. Leaning on it he looked down on the water and on the mailboat clearing the harbourmouth of Kingstown.

He turned abruptly his grey searching eyes from the sea to Stephen’s face.