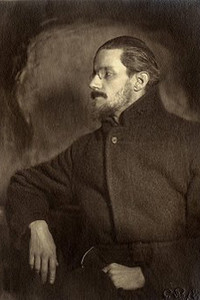 James Augustine Aloysius Joyce was an Irish writer and poet, widely considered to be one of the most influential writers of the 20th century. Along with Marcel Proust, Virginia Woolf, and William Faulkner, Joyce is a key figure in the development of the modernist novel. He is best known for his landmark novel Ulysses. Other major works are the short-story collection Dubliners, and the novels A Portrait of the Artist as a Young Man and Finnegans Wake. (source: Wikipedia)

Perhaps Joyce’s most personal work, A Portrait of the Artist as a Young Man depicts the intellectual awakening of one of literature’s most memorable you...read more »

Ulysses, one of the greatest novels of the twentieth century, has had a profound influence on modern fiction. In a series of episodes covering the cours...read more »