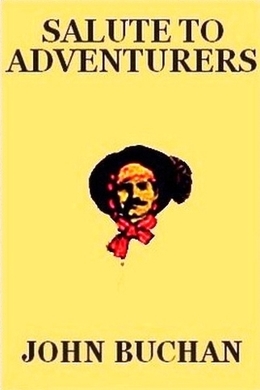 Andrew Garvald is a young Scottish merchant who has bravely come to make his fortune in a newly colonised America. Outlawed from Virginian society for opposing the London traders’ monopoly, his friends are Red Ringan, a pirate and gentleman adventurer and Shalah, an exiled Indian prince. When Garvald is faced with a deadly foe, the stakes are high - the love of a beautiful lady and the existence of Virginia.

When I was a child in short–coats a spaewife came to the town–end, and for a silver groat paid by my mother she riddled my fate. It came to little, being no more than that I should miss love and fortune in the sunlight and find them in the rain. The woman was a haggard, black–faced gipsy, and when my mother asked for more she turned on her heel and spoke gibberish; for which she was presently driven out of the place by Tarn Roberton, the baillie, and the village dogs. But the thing stuck in my memory, and together with the fact that I was a Thursday’s bairn, and so, according to the old rhyme, “had far to go,”convinced me long ere I had come to man’s estate that wanderings and surprises would be my portion.

It is in the rain that this tale begins. I was just turned of eighteen, and in the back–end of a dripping September set out from our moorland house of Auchencairn to complete my course at Edinburgh College. The year was 1685, an ill year for our countryside; for the folk were at odds with the King’s Government, about religion, and the land was full of covenants and repressions. Small wonder that I was backward with my colleging, and at an age when most lads are buckled to a calling was still attending the prelections of the Edinburgh masters. My father had blown hot and cold in politics, for he was fiery and unstable by nature, and swift to judge a cause by its latest professor. He had cast out with the Hamilton gentry, and, having broken the head of a dragoon in the change–house of Lesmahagow, had his little estate mulcted in fines. All of which, together with some natural curiosity and a family love of fighting, sent him to the ill–fated field of Bothwell Brig, from which he was lucky to escape with a bullet in the shoulder. Thereupon he had been put to the horn, and was now lying hid in a den in the mosses of Douglas Water. It was a sore business for my mother, who had the task of warding off prying eyes from our ragged household and keeping the fugitive in life. She was a Tweedside woman, as strong and staunch as an oak, and with a heart in her like Robert Bruce. And she was cheerful, too, in the worst days, and would go about the place with a bright eye and an old song on her lips. But the thing was beyond a woman’s bearing; so I had perforce to forsake my colleging and take a hand with our family vexations. The life made me hard and watchful, trusting no man, and brusque and stiff towards the world. And yet all the while youth was working in me like yeast, so that a spring day or a west wind would make me forget my troubles and thirst to be about a kindlier business than skulking in a moorland dwelling.

My mother besought me to leave her. “What,” she would say, “has young blood to do with this bickering of kirks and old wives’ lamentations? You have to learn and see and do, Andrew. And it’s time you were beginning.” But I would not listen to her, till by the mercy of God we got my father safely forth of Scotland, and heard that he was dwelling snugly at Leyden in as great patience as his nature allowed. Thereupon I bethought me of my neglected colleging, and, leaving my books and plenishing to come by the Lanark carrier, set out on foot for Edinburgh.

The distance is only a day’s walk for an active man, but I started late, and purposed to sleep the night at a cousin’s house by Kirknewton. Often in bright summer days I had travelled the road, when the moors lay yellow in the sun and larks made a cheerful chorus. In such weather it is a pleasant road, with long prospects to cheer the traveller, and kindly ale–houses to rest his legs in. But that day it rained as if the floodgates of heaven had opened. When I crossed Clyde by the bridge at Hyndford the water was swirling up to the key–stone. The ways were a foot deep in mire, and about Carnwath the bog had overflowed and the whole neighbourhood swam in a loch. It was pitiful to see the hay afloat like water–weeds, and the green oats scarcely showing above the black floods. In two minutes after starting I was wet to the skin, and I thanked Providence I had left my little Dutch Horace behind me in the book–box. By three in the afternoon I was as unkempt as any tinker, my hair plastered over my eyes, and every fold of my coat running like a gutter.

Presently the time came for me to leave the road and take the short–cut over the moors; but in the deluge, where the eyes could see no more than a yard or two into a grey wall of rain, I began to misdoubt my knowledge of the way. On the left I saw a stone dovecot and a cluster of trees about a gateway; so, knowing how few and remote were the dwellings on the moorland, I judged it wiser to seek guidance before I strayed too far.

The place was grown up with grass and sore neglected. Weeds made a carpet on the avenue, and the dykes were broke by cattle at a dozen places.