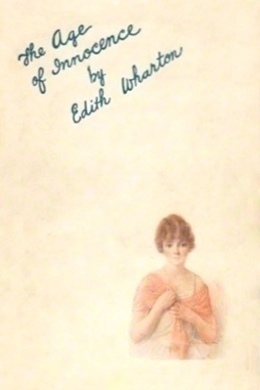 The Age of Innocence

Somewhere in this book, Wharton observes that clever liars always come up with good stories to back up their fabrications, but that really clever liars don’t bother to explain anything at all. This is the kind of insight that makes The Age of Innocence so indispensable. Wharton’s story of the upper classes of Old New York, and Newland Archer’s impossible love for the disgraced Countess Olenska, is a perfectly wrought book about an era when upper-class culture in the U.S. was still a mixture of American and European extracts, and when society had rules as rigid as any in history.

On a January evening of the early seventies, Christine Nilsson was singing in Faust at the Academy of Music in New York.

Though there was already talk of the erection, in remote metropolitan distances “above the Forties,” of a new Opera House which should compete in costliness and splendour with those of the great European capitals, the world of fashion was still content to reassemble every winter in the shabby red and gold boxes of the sociable old Academy. Conservatives cherished it for being small and inconvenient, and thus keeping out the “new people” whom New York was beginning to dread and yet be drawn to; and the sentimental clung to it for its historic associations, and the musical for its excellent acoustics, always so problematic a quality in halls built for the hearing of music.

It was Madame Nilsson’s first appearance that winter, and what the daily press had already learned to describe as “an exceptionally brilliant audience” had gathered to hear her, transported through the slippery, snowy streets in private broughams, in the spacious family landau, or in the humbler but more convenient “Brown coupe.” To come to the Opera in a Brown coupe was almost as honourable a way of arriving as in one’s own carriage; and departure by the same means had the immense advantage of enabling one (with a playful allusion to democratic principles) to scramble into the first Brown conveyance in the line, instead of waiting till the cold-and-gin congested nose of one’s own coachman gleamed under the portico of the Academy. It was one of the great livery-stableman’s most masterly intuitions to have discovered that Americans want to get away from amusement even more quickly than they want to get to it.

When Newland Archer opened the door at the back of the club box the curtain had just gone up on the garden scene. There was no reason why the young man should not have come earlier, for he had dined at seven, alone with his mother and sister, and had lingered afterward over a cigar in the Gothic library with glazed black-walnut bookcases and finial-topped chairs which was the only room in the house where Mrs. Archer allowed smoking. But, in the first place, New York was a metropolis, and perfectly aware that in metropolises it was “not the thing” to arrive early at the opera; and what was or was not “the thing” played a part as important in Newland Archer’s New York as the inscrutable totem terrors that had ruled the destinies of his forefathers thousands of years ago.

The second reason for his delay was a personal one. He had dawdled over his cigar because he was at heart a dilettante, and thinking over a pleasure to come often gave him a subtler satisfaction than its realisation. This was especially the case when the pleasure was a delicate one, as his pleasures mostly were; and on this occasion the moment he looked forward to was so rare and exquisite in quality that–well, if he had timed his arrival in accord with the prima donna’s stage-manager he could not have entered the Academy at a more significant moment than just as she was singing: “He loves me–he loves me not–HE LOVES ME!–” and sprinkling the falling daisy petals with notes as clear as dew.

She sang, of course, “M’ama!” and not “he loves me,” since an unalterable and unquestioned law of the musical world required that the German text of French operas sung by Swedish artists should be translated into Italian for the clearer understanding of English-speaking audiences. This seemed as natural to Newland Archer as all the other conventions on which his life was moulded: such as the duty of using two silver-backed brushes with his monogram in blue enamel to part his hair, and of never appearing in society without a flower (preferably a gardenia) in his buttonhole.

“M’ama … non m’ama …” the prima donna sang, and “M’ama!”, with a final burst of love triumphant, as she pressed the dishevelled daisy to her lips and lifted her large eyes to the sophisticated countenance of the little brown Faust-Capoul, who was vainly trying, in a tight purple velvet doublet and plumed cap, to look as pure and true as his artless victim.