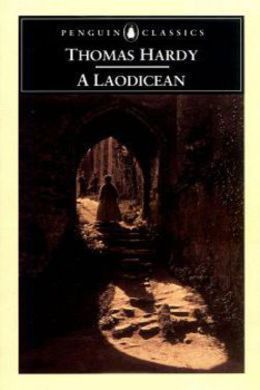 A Story of To-day

Paula Power inherits a medieval castle from her industrialist father who has purchased it from the aristocratic De Stancy family. She employs two architects, one local and one, George Somerset, newly qualified from London. She is attracted to both men for their different virtues and is thrust onto the horns of religious and romantic dilemmas. (source: Wikipedia)

The sun blazed down and down, till it was within half-an-hour of its setting; but the sketcher still lingered at his occupation of measuring and copying the chevroned doorway–a bold and quaint example of a transitional style of architecture, which formed the tower entrance to an English village church. The graveyard being quite open on its western side, the tweed-clad figure of the young draughtsman, and the tall mass of antique masonry which rose above him to a battlemented parapet, were fired to a great brightness by the solar rays, that crossed the neighbouring mead like a warp of gold threads, in whose mazes groups of equally lustrous gnats danced and wailed incessantly.

He was so absorbed in his pursuit that he did not mark the brilliant chromatic effect of which he composed the central feature, till it was brought home to his intelligence by the warmth of the moulded stonework under his touch when measuring; which led him at length to turn his head and gaze on its cause.

There are few in whom the sight of a sunset does not beget as much meditative melancholy as contemplative pleasure, the human decline and death that it illustrates being too obvious to escape the notice of the simplest observer. The sketcher, as if he had been brought to this reflection many hundreds of times before by the same spectacle, showed that he did not wish to pursue it just now, by turning away his face after a few moments, to resume his architectural studies.

He took his measurements carefully, and as if he reverenced the old workers whose trick he was endeavouring to acquire six hundred years after the original performance had ceased and the performers passed into the unseen. By means of a strip of lead called a leaden tape, which he pressed around and into the fillets and hollows with his finger and thumb, he transferred the exact contour of each moulding to his drawing, that lay on a sketching-stool a few feet distant; where were also a sketching-block, a small T-square, a bow-pencil, and other mathematical instruments. When he had marked down the line thus fixed, he returned to the doorway to copy another as before.

It being the month of August, when the pale face of the townsman and the stranger is to be seen among the brown skins of remotest uplanders, not only in England, but throughout the temperate zone, few of the homeward-bound labourers paused to notice him further than by a momentary turn of the head. They had beheld such gentlemen before, not exactly measuring the church so accurately as this one seemed to be doing, but painting it from a distance, or at least walking round the mouldy pile. At the same time the present visitor, even exteriorly, was not altogether commonplace. His features were good, his eyes of the dark deep sort called eloquent by the sex that ought to know, and with that ray of light in them which announces a heart susceptible to beauty of all kinds,–in woman, in art, and in inanimate nature. Though he would have been broadly characterized as a young man, his face bore contradictory testimonies to his precise age. This was conceivably owing to a too dominant speculative activity in him, which, while it had preserved the emotional side of his constitution, and with it the significant flexuousness of mouth and chin, had played upon his forehead and temples till, at weary moments, they exhibited some traces of being over-exercised. A youthfulness about the mobile features, a mature forehead–though not exactly what the world has been familiar with in past ages–is now growing common; and with the advance of juvenile introspection it probably must grow commoner still. Briefly, he had more of the beauty–if beauty it ought to be called–of the future human type than of the past; but not so much as to make him other than a nice young man.

His build was somewhat slender and tall; his complexion, though a little browned by recent exposure, was that of a man who spent much of his time indoors. Of beard he had but small show, though he was as innocent as a Nazarite of the use of the razor; but he possessed a moustache all-sufficient to hide the subtleties of his mouth, which could thus be tremulous at tender moments without provoking inconvenient criticism.

Owing to his situation on high ground, open to the west, he remained enveloped in the lingering aureate haze till a time when the eastern part of the churchyard was in obscurity, and damp with rising dew. When it was too dark to sketch further he packed up his drawing, and, beckoning to a lad who had been idling by the gate, directed him to carry the stool and implements to a roadside inn which he named, lying a mile or two ahead. The draughtsman leisurely followed the lad out of the churchyard, and along a lane in the direction signified.