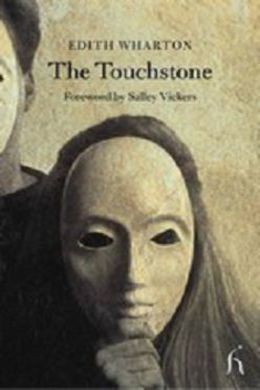 The Touchstone was Edith Wharton’s first published novella, and it’s spare, perhaps even underwritten. Even so, this Faustian tale of a man who stoops to publish love letters for money has mesmerizing, even dangerous qualities – it has betrayals, greed, and consequences faced: hidden meanings emerge in places where we do not expect to find them. Perhaps, like Stephen Glennard in The Touchstone, we will go mad with guilt, proving we do after all have a conscience.

Professor Joslin, who, as our readers are doubtless aware, is engaged in writing the life of Mrs. Aubyn, asks us to state that he will be greatly indebted to any of the famous novelist’s friends who will furnish him with information concerning the period previous to her coming to England. Mrs. Aubyn had so few intimate friends, and consequently so few regular correspondents, that letters will be of special value. Professor Joslin’s address is 10 Augusta Gardens, Kensington, and he begs us to say that he “will promptly return any documents entrusted to him.”

Glennard dropped the Spectator and sat looking into the fire. The club was filling up, but he still had to himself the small inner room, with its darkening outlook down the rain–streaked prospect of Fifth Avenue. It was all dull and dismal enough, yet a moment earlier his boredom had been perversely tinged by a sense of resentment at the thought that, as things were going, he might in time have to surrender even the despised privilege of boring himself within those particular four walls. It was not that he cared much for the club, but that the remote contingency of having to give it up stood to him, just then, perhaps by very reason of its insignificance and remoteness, for the symbol of his increasing abnegations; of that perpetual paring–off that was gradually reducing existence to the naked business of keeping himself alive. It was the futility of his multiplied shifts and privations that made them seem unworthy of a high attitude; the sense that, however rapidly he eliminated the superfluous, his cleared horizon was likely to offer no nearer view of the one prospect toward which he strained. To give up things in order to marry the woman one loves is easier than to give them up without being brought appreciably nearer to such a conclusion.