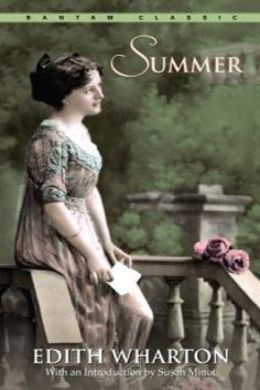 Summer, Edith Wharton wrote to Gaillard Lapsley, “is known to its author and her familars as the Hot Ethan.” One of the first American novels to deal frankly with a young woman’s sexual awakening, it was a publishing sensation when it appeared in 1917, praised by Joseph Conrad, Howard Sturgis, and Percy Lubbock, and favorably compared to Madame Bovary. Like its predecessor, Ethan Frome, it is set in the Berkshires, but the season is summer and the story is that of Charity Royall, a New Englander of humble origins – passionate, forthright, and proud – and her torrid affair with Lucius Harney, an artistically inclined young man from the city. A novel that “breaks, or stretches, many conventions of women’s romantic love stories and in the process creates a new picture of female sexuality,” as Marilyn French writes in her introduction, Summer is “a clamorous and ecstatic affirmation of the joy of sexual love no matter what it costs.” Bold in conception, rich in imagery, and provocative by implication, it was one of Edith Wharton’s personal favorites, and stands as one of her greatest novelistic achievements.

A girl came out of lawyer Royall’s house, at the end of the one street of North Dormer, and stood on the doorstep.

It was the beginning of a June afternoon. The springlike transparent sky shed a rain of silver sunshine on the roofs of the village, and on the pastures and larchwoods surrounding it. A little wind moved among the round white clouds on the shoulders of the hills, driving their shadows across the fields and down the grassy road that takes the name of street when it passes through North Dormer. The place lies high and in the open, and lacks the lavish shade of the more protected New England villages. The clump of weeping–willows about the duck pond, and the Norway spruces in front of the Hatchard gate, cast almost the only roadside shadow between lawyer Royall’s house and the point where, at the other end of the village, the road rises above the church and skirts the black hemlock wall enclosing the cemetery.

The little June wind, frisking down the street, shook the doleful fringes of the Hatchard spruces, caught the straw hat of a young man just passing under them, and spun it clean across the road into the duck–pond.