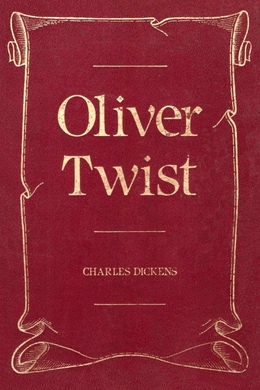 At the heart of Dickens’s second novel is a story as much about crime and poverty as it is about justice and charity. Orphaned at birth, Oliver Twist grows up under the loveless, relentless watch of a workhouse. He runs away with hopes for a better life in London, only to become–at the hands of the unforgettable Artful Dodger–a guileless pawn in a gang of pickpockets and robbers working for Fagin, one of Dickens’s most controversial villains. Full of ingenious plot twists, at turns thrilling, tragic, tender, and sharp-eyed, Oliver Twist is among Dickens’s most enduring classics; the story of a young orphan who dares to say, “Please, sir, I want some more.”

Among other public buildings in a certain town, which for many reasons it will be prudent to refrain from mentioning, and to which I will assign no fictitious name, there is one anciently common to most towns, great or small: to wit, a workhouse; and in this workhouse was born; on a day and date which I need not trouble myself to repeat, inasmuch as it can be of no possible consequence to the reader, in this stage of the business at all events; the item of mortality whose name is prefixed to the head of this chapter.

For a long time after it was ushered into this world of sorrow and trouble, by the parish surgeon, it remained a matter of considerable doubt whether the child would survive to bear any name at all; in which case it is somewhat more than probable that these memoirs would never have appeared; or, if they had, that being comprised within a couple of pages, they would have possessed the inestimable merit of being the most concise and faithful specimen of biography, extant in the literature of any age or country.

Although I am not disposed to maintain that the being born in a workhouse, is in itself the most fortunate and enviable circumstance that can possibly befall a human being, I do mean to say that in this particular instance, it was the best thing for Oliver Twist that could by possibility have occurred. The fact is, that there was considerable difficulty in inducing Oliver to take upon himself the office of respiration,–a troublesome practice, but one which custom has rendered necessary to our easy existence; and for some time he lay gasping on a little flock mattress, rather unequally poised between this world and the next: the balance being decidedly in favour of the latter. Now, if, during this brief period, Oliver had been surrounded by careful grandmothers, anxious aunts, experienced nurses, and doctors of profound wisdom, he would most inevitably and indubitably have been killed in no time. There being nobody by, however, but a pauper old woman, who was rendered rather misty by an unwonted allowance of beer; and a parish surgeon who did such matters by contract; Oliver and Nature fought out the point between them. The result was, that, after a few struggles, Oliver breathed, sneezed, and proceeded to advertise to the inmates of the workhouse the fact of a new burden having been imposed upon the parish, by setting up as loud a cry as could reasonably have been expected from a male infant who had not been possessed of that very useful appendage, a voice, for a much longer space of time than three minutes and a quarter.

As Oliver gave this first proof of the free and proper action of his lungs, the patchwork coverlet which was carelessly flung over the iron bedstead, rustled; the pale face of a young woman was raised feebly from the pillow; and a faint voice imperfectly articulated the words, ‘Let me see the child, and die.’

The surgeon had been sitting with his face turned towards the fire: giving the palms of his hands a warm and a rub alternately. As the young woman spoke, he rose, and advancing to the bed’s head, said, with more kindness than might have been expected of him:

‘Oh, you must not talk about dying yet.’

‘Lor bless her dear heart, no!’ interposed the nurse, hastily depositing in her pocket a green glass bottle, the contents of which she had been tasting in a corner with evident satisfaction.

‘Lor bless her dear heart, when she has lived as long as I have, sir, and had thirteen children of her own, and all on ‘em dead except two, and them in the wurkus with me, she’ll know better than to take on in that way, bless her dear heart! Think what it is to be a mother, there’s a dear young lamb do.’

Apparently this consolatory perspective of a mother’s prospects failed in producing its due effect. The patient shook her head, and stretched out her hand towards the child.

The surgeon deposited it in her arms. She imprinted her cold white lips passionately on its forehead; passed her hands over her face; gazed wildly round; shuddered; fell back–and died. They chafed her breast, hands, and temples; but the blood had stopped forever. They talked of hope and comfort. They had been strangers too long.

‘It’s all over, Mrs. Thingummy!’ said the surgeon at last.

‘Ah, poor dear, so it is!’ said the nurse, picking up the cork of the green bottle, which had fallen out on the pillow, as she stooped to take up the child. ‘Poor dear!’

‘You needn’t mind sending up to me, if the child cries, nurse,’ said the surgeon, putting on his gloves with great deliberation. ‘It’s very likely it will be troublesome. Give it a little gruel if it is.’ He put on his hat, and, pausing by the bed-side on his way to the door, added, ‘She was a good-looking girl, too; where did she come from?’