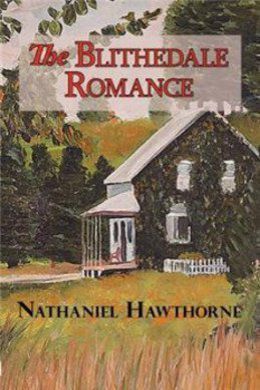 Set on a communal farm called Blithedale, “The Blithedale Romance” is the story of four inhabitants of the commune: Hollingsworth, a misogynist philanthropist obsessed with turning Blithedale into a colony for the reformation of criminals; Zenobia, a passionate feminist; Priscilla, who turns out to be Zenobia’s half-sister; and Miles Coverdale, the narrator of the story. The story concerns the freindship of the four at the commune, which starts intensely during the spring and summer but as autumn approaches begins to disintegrate towards a tragic end. A classic of American literature, “The Blithedale Romance” is a compelling narrative set against the backdrop of many important social and political issues of the 19th century.

The evening before my departure for Blithedale, I was returning to my bachelor apartments, after attending the wonderful exhibition of the Veiled Lady, when an elderly man of rather shabby appearance met me in an obscure part of the street.

“Mr. Coverdale,” said he softly, “can I speak with you a moment?”

As I have casually alluded to the Veiled Lady, it may not be amiss to mention, for the benefit of such of my readers as are unacquainted with her now forgotten celebrity, that she was a phenomenon in the mesmeric line; one of the earliest that had indicated the birth of a new science, or the revival of an old humbug. Since those times her sisterhood have grown too numerous to attract much individual notice; nor, in fact, has any one of them come before the public under such skilfully contrived circumstances of stage effect as those which at once mystified and illuminated the remarkable performances of the lady in question. Nowadays, in the management of his “subject,” “clairvoyant,” or “medium,” the exhibitor affects the simplicity and openness of scientific experiment; and even if he profess to tread a step or two across the boundaries of the spiritual world, yet carries with him the laws of our actual life and extends them over his preternatural conquests. Twelve or fifteen years ago, on the contrary, all the arts of mysterious arrangement, of picturesque disposition, and artistically contrasted light and shade, were made available, in order to set the apparent miracle in the strongest attitude of opposition to ordinary facts. In the case of the Veiled Lady, moreover, the interest of the spectator was further wrought up by the enigma of her identity, and an absurd rumor (probably set afloat by the exhibitor, and at one time very prevalent) that a beautiful young lady, of family and fortune, was enshrouded within the misty drapery of the veil. It was white, with somewhat of a subdued silver sheen, like the sunny side of a cloud; and, falling over the wearer from head to foot, was supposed to insulate her from the material world, from time and space, and to endow her with many of the privileges of a disembodied spirit.

Her pretensions, however, whether miraculous or otherwise, have little to do with the present narrative—except, indeed, that I had propounded, for the Veiled Lady’s prophetic solution, a query as to the success of our Blithedale enterprise. The response, by the bye, was of the true Sibylline stamp,—nonsensical in its first aspect, yet on closer study unfolding a variety of interpretations, one of which has certainly accorded with the event. I was turning over this riddle in my mind, and trying to catch its slippery purport by the tail, when the old man above mentioned interrupted me.

“Mr. Coverdale!—Mr. Coverdale!” said he, repeating my name twice, in order to make up for the hesitating and ineffectual way in which he uttered it. “I ask your pardon, sir, but I hear you are going to Blithedale tomorrow.”

I knew the pale, elderly face, with the red–tipt nose, and the patch over one eye; and likewise saw something characteristic in the old fellow’s way of standing under the arch of a gate, only revealing enough of himself to make me recognize him as an acquaintance. He was a very shy personage, this Mr. Moodie; and the trait was the more singular, as his mode of getting his bread necessarily brought him into the stir and hubbub of the world more than the generality of men.

“Yes, Mr. Moodie,” I answered, wondering what interest he could take in the fact, “it is my intention to go to Blithedale to–morrow. Can I be of any service to you before my departure?”

“If you pleased, Mr. Coverdale,” said he, “you might do me a very great favor.”

“A very great one?” repeated I, in a tone that must have expressed but little alacrity of beneficence, although I was ready to do the old man any amount of kindness involving no special trouble to myself. “A very great favor, do you say? My time is brief, Mr. Moodie, and I have a good many preparations to make. But be good enough to tell me what you wish.”

“Ah, sir,” replied Old Moodie, “I don’t quite like to do that; and, on further thoughts, Mr. Coverdale, perhaps I had better apply to some older gentleman, or to some lady, if you would have the kindness to make me known to one, who may happen to be going to Blithedale. You are a young man, sir!”

“Does that fact lessen my availability for your purpose?” asked I. “However, if an older man will suit you better, there is Mr. Hollingsworth, who has three or four years the advantage of me in age, and is a much more solid character, and a philanthropist to boot. I am only a poet, and, so the critics tell me, no great affair at that! But what can this business be, Mr. Moodie? It begins to interest me; especially since your hint that a lady’s influence might be found desirable. Come, I am really anxious to be of service to you.”