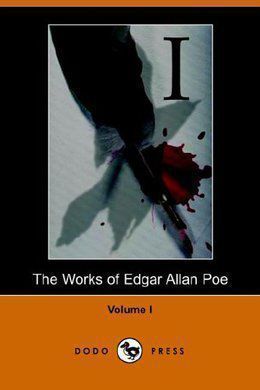 Volume two of the complete works in five volumes from one of the leaders of the American Romantics. Macabre parties in isolated castles … Gruesome bestial murders … Talking ravens, hellish black pits, innocents buried alive … Prepare to be chilled and enthralled by the haunting genius of the acknowledged master of gothic horror and suspense, Edgar Allan Poe. Included in this volume are; An Appreciation, Life of Poe, by James Russell Lowell, Death of Poe, by N. P. Willis, The Unparalleled Adventures of One Hans Pfall, The Gold Bug, Four Beasts in One, The Murders in the Rue Morgue, The Mystery of Marie Rogêt, The Balloon Hoax, MS. Found in a Bottle and The Oval Portrait.

By late accounts from Rotterdam, that city seems to be in a high state of philosophical excitement. Indeed, phenomena have there occurred of a nature so completely unexpected–so entirely novel–so utterly at variance with preconceived opinions–as to leave no doubt on my mind that long ere this all Europe is in an uproar, all physics in a ferment, all reason and astronomy together by the ears.

It appears that on the —- day of —- (I am not positive about the date), a vast crowd of people, for purposes not specifically mentioned, were assembled in the great square of the Exchange in the well-conditioned city of Rotterdam. The day was warm–unusually so for the season–there was hardly a breath of air stirring; and the multitude were in no bad humor at being now and then besprinkled with friendly showers of momentary duration, that fell from large white masses of cloud which chequered in a fitful manner the blue vault of the firmament. Nevertheless, about noon, a slight but remarkable agitation became apparent in the assembly: the clattering of ten thousand tongues succeeded; and, in an instant afterward, ten thousand faces were upturned toward the heavens, ten thousand pipes descended simultaneously from the corners of ten thousand mouths, and a shout, which could be compared to nothing but the roaring of Niagara, resounded long, loudly, and furiously, through all the environs of Rotterdam.

The origin of this hubbub soon became sufficiently evident. From behind the huge bulk of one of those sharply-defined masses of cloud already mentioned, was seen slowly to emerge into an open area of blue space, a queer, heterogeneous, but apparently solid substance, so oddly shaped, so whimsically put together, as not to be in any manner comprehended, and never to be sufficiently admired, by the host of sturdy burghers who stood open-mouthed below. What could it be? In the name of all the vrows and devils in Rotterdam, what could it possibly portend? No one knew, no one could imagine; no one–not even the burgomaster Mynheer Superbus Von Underduk–had the slightest clew by which to unravel the mystery; so, as nothing more reasonable could be done, every one to a man replaced his pipe carefully in the corner of his mouth, and cocking up his right eye towards the phenomenon, puffed, paused, waddled about, and grunted significantly–then waddled back, grunted, paused, and finally–puffed again.

In the meantime, however, lower and still lower toward the goodly city, came the object of so much curiosity, and the cause of so much smoke. In a very few minutes it arrived near enough to be accurately discerned. It appeared to be–yes! it was undoubtedly a species of balloon; but surely no such balloon had ever been seen in Rotterdam before. For who, let me ask, ever heard of a balloon manufactured entirely of dirty newspapers? No man in Holland certainly; yet here, under the very noses of the people, or rather at some distance above their noses was the identical thing in question, and composed, I have it on the best authority, of the precise material which no one had ever before known to be used for a similar purpose. It was an egregious insult to the good sense of the burghers of Rotterdam. As to the shape of the phenomenon, it was even still more reprehensible. Being little or nothing better than a huge foolscap turned upside down. And this similitude was regarded as by no means lessened when, upon nearer inspection, there was perceived a large tassel depending from its apex, and, around the upper rim or base of the cone, a circle of little instruments, resembling sheep-bells, which kept up a continual tinkling to the tune of Betty Martin. But still worse. Suspended by blue ribbons to the end of this fantastic machine, there hung, by way of car, an enormous drab beaver hat, with a brim superlatively broad, and a hemispherical crown with a black band and a silver buckle. It is, however, somewhat remarkable that many citizens of Rotterdam swore to having seen the same hat repeatedly before; and indeed the whole assembly seemed to regard it with eyes of familiarity; while the vrow Grettel Pfaall, upon sight of it, uttered an exclamation of joyful surprise, and declared it to be the identical hat of her good man himself. Now this was a circumstance the more to be observed, as Pfaall, with three companions, had actually disappeared from Rotterdam about five years before, in a very sudden and unaccountable manner, and up to the date of this narrative all attempts had failed of obtaining any intelligence concerning them whatsoever. To be sure, some bones which were thought to be human, mixed up with a quantity of odd-looking rubbish, had been lately discovered in a retired situation to the east of Rotterdam, and some people went so far as to imagine that in this spot a foul murder had been committed, and that the sufferers were in all probability Hans Pfaall and his associates. But to return.