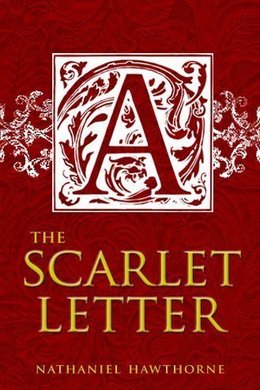 It is 1642 in the Puritan town of Boston. Hester Prynne has been found guilty of adultery and has born an illegitimate child. In lieu of being put to death, she is condemned to wear the scarlet letter A on her dress as a reminder of her shameful act. Hester’s husband had been lost at sea years earlier and was presumed dead, but now reappears in time to witness Hester’s humiliation on the town scaffold. Upon discovering her deed, the vengeful husband becomes obsessed with finding the identity of the man who dishonored his wife. To do so he assumes a false name, pretends to be a physician and forces Hester keep his new identity secret. Meanwhile Hester’s lover, the beloved Reverend Dimmesdale, publicly pressures her to name the child’s father, while secretly praying that she will not. Hester defiantly protects his identity and reputation, even while faced with losing her daughter, Pearl. Hailed by Henry James as, “the finest piece of imaginative writing yet put forth in the country,” Hawthorne’s The Scarlet Letter is a masterful portrayal of humanity’s continuing struggle with sin, guilt and pride.

A throng of bearded men, in sad-colored garments, and gray, steeple-crowned hats, intermixed with women, some wearing hoods and others bareheaded, was assembled in front of a wooden edifice, the door of which was heavily timbered with oak, and studded with iron spikes.

The founders of a new colony, whatever Utopia of human virtue and happiness they might originally project, have invariably recognized it among their earliest practical necessities to allot a portion of the virgin soil as a cemetery, and another portion as the site of a prison. In accordance with this rule, it may safely be assumed that the forefathers of Boston had built the first prison-house somewhere in the vicinity of Cornhill, almost as seasonably as they marked out the first burial-ground, on Isaac Johnson’s lot, and round about his grave, which subsequently became the nucleus of all the congregated sepulchres in the old churchyard of King’s Chapel. Certain it is, that, some fifteen or twenty years after the settlement of the town, the wooden jail was already marked with weather-stains and other indications of age, which gave a yet darker aspect to its beetle-browed and gloomy front. The rust on the ponderous iron-work of its oaken door looked more antique than anything else in the New World. Like all that pertains to crime, it seemed never to have known a youthful era. Before this ugly edifice, and between it and the wheel-track of the street, was a grass-plot, much overgrown with burdock, pigweed, apple-peru, and such unsightly vegetation, which evidently found something congenial in the soil that had so early borne the black flower of civilized society, a prison. But on one side of the portal, and rooted almost at the threshold, was a wild rose-bush, covered, in this month of June, with its delicate gems, which might be imagined to offer their fragrance and fragile beauty to the prisoner as he went in, and to the condemned criminal as he came forth to his doom, in token that the deep heart of Nature could pity and be kind to him.

This rose-bush, by a strange chance, has been kept alive in history; but whether it had merely survived out of the stern old wilderness, so long after the fall of the gigantic pines and oaks that originally overshadowed it,–or whether, as there is fair authority for believing, it had sprung up under the footsteps of the sainted Ann Hutchinson, as she entered the prison-door,–we shall not take upon us to determine. Finding it so directly on the threshold of our narrative, which is now about to issue from that inauspicious portal, we could hardly do otherwise than pluck one of its flowers, and present it to the reader. It may serve, let us hope, to symbolize some sweet moral blossom, that may be found along the track, or relieve the darkening close of a tale of human frailty and sorrow.

The grass-plot before the jail, in Prison Lane, on a certain summer morning, not less than two centuries ago, was occupied by a pretty large number of the inhabitants of Boston; all with their eyes intently fastened on the iron-clamped oaken door. Amongst any other population, or at a later period in the history of New England, the grim rigidity that petrified the bearded physiognomies of these good people would have augured some awful business in hand. It could have betokened nothing short of the anticipated execution of some noted culprit, on whom the sentence of a legal tribunal had but confirmed the verdict of public sentiment. But, in that early severity of the Puritan character, an inference of this kind could not so indubitably be drawn. It might be that a sluggish bond-servant, or an undutiful child, whom his parents had given over to the civil authority, was to be corrected at the whipping-post. It might be, that an Antinomian, a Quaker, or other heterodox religionist was to be scourged out of the town, or an idle and vagrant Indian, whom the white man’s fire-water had made riotous about the streets, was to be driven with stripes into the shadow of the forest. It might be, too, that a witch, like old Mistress Hibbins, the bitter-tempered widow of the magistrate, was to die upon the gallows. In either case, there was very much the same solemnity of demeanor on the part of the spectators; as befitted a people amongst whom religion and law were almost identical, and in whose character both were so thoroughly interfused, that the mildest and the severest acts of public discipline were alike made venerable and awful. Meagre, indeed, and cold was the sympathy that a transgressor might look for, from such bystanders, at the scaffold. On the other hand, a penalty, which, in our days, would infer a degree of mocking infamy and ridicule, might then be invested with almost as stern a dignity as the punishment of death itself.