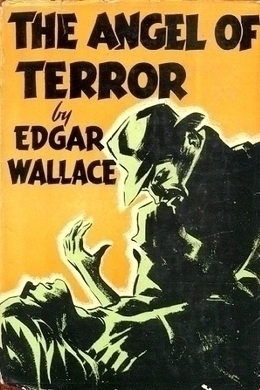 The Angel of Terror

Jack Glover of Rennet, glover and Simpson does not believe his cousin Meredith killed Bulford. Meredith s father was an eccentric and unless Meredith is married by the age of thirty, his sister inherits everything. She is dead and Meredith, now in prison, is thirty next Monday. Meanwhile Lydia Beale is struggling to pay her dead fathers creditors. When Glover offers her money she is shocked. However, despite the strange conditions attached, it is a proposal she cannot afford to ignore.

The hush of the court, which had been broken when the foreman of the jury returned their verdict, was intensified as the Judge, with a quick glance over his pince-nez at the tall prisoner, marshalled his papers with the precision and method which old men display in tense moments such as these. He gathered them together, white paper and blue and buff and stacked them in a neat heap on a tiny ledge to the left of his desk. Then he took his pen and wrote a few words on a printed paper before him.

Another breathless pause and he groped beneath the desk and brought out a small square of black silk and carefully laid it over his white wig. Then he spoke:

“James Meredith, you have been convicted after a long and patient trial of the awful crime of wilful murder. With the verdict of the jury I am in complete agreement. There is little doubt, after hearing the evidence of the unfortunate lady to whom you were engaged, and whose evidence you attempted in the most brutal manner to refute, that, instigated by your jealousy, you shot Ferdinand Bulford. The evidence of Miss Briggerland that you had threatened this poor young man, and that you left her presence in a temper, is unshaken. By a terrible coincidence, Mr. Bulford was in the street outside your fiancée’s door when you left, and maddened by your insane jealousy, you shot him dead.

“To suggest, as you have through your counsel, that you called at Miss Briggerland’s that night to break off your engagement and that the interview was a mild one and unattended by recriminations is to suggest that this lady has deliberately committed perjury in order to swear away your life, and when to that disgraceful charge you produce a motive, namely that by your death or imprisonment Miss Briggerland, who is your cousin, would benefit to a considerable extent, you merely add to your infamy. Nobody who saw the young girl in the box, a pathetic, and if I may say, a beautiful figure, could accept for one moment your fantastic explanation.

“Who killed Ferdinand Bulford? A man without an enemy in the world. That tragedy cannot be explained away. It now only remains for me to pass the sentence which the law imposes. The jury’s recommendation to mercy will be forwarded to the proper quarter….”

He then proceeded to pass sentence of death, and the tall man in the dock listened without a muscle of his face moving.

So ended the great Berkeley Street Murder Trial, and when a few days later it was announced that the sentence of death had been commuted to one of penal servitude for life, there were newspapers and people who hinted at mistaken leniency and suggested that James Meredith would have been hanged if he were a poor man instead of being, as he was, the master of vast wealth.

“That’s that,” said Jack Glover between his teeth, as he came out of court with the eminent King’s Counsel who had defended his friend and client, “the little lady wins.”

His companion looked sideways at him and smiled.

“Honestly, Glover, do you believe that poor girl could do so dastardly a thing as lie about the man she loves?”

“I think you are prejudiced,” said the counsel, shaking his head. “Personally, I believe that Meredith is a lunatic; I am satisfied that all he told us about the interview he had with the girl was born of a diseased imagination. I was terribly impressed when I saw Jean Briggerland in the box. She–by Jove, there is the lady!”

They had reached the entrance of the Court. A big car was standing by the kerb and one of the attendants was holding open the door for a girl dressed in black. They had a glimpse of a pale, sad face of extraordinary beauty, and then she disappeared behind the drawn blinds.

The counsel drew a long sigh.

“You’ve been in the sun, Sir John–you’re getting sentimental,” said Jack Glover brutally, and the eminent lawyer choked indignantly.

Jack Glover had a trick of saying rude things to his friends, even when those friends were twenty years his senior, and by every rule of professional etiquette entitled to respectful treatment.

“Really!” said the outraged Sir John. “There are times, Glover, when you are insufferable!”

But by this time Jack Glover was swinging along the Old Bailey, his hands in his pockets, his silk hat on the back of his head.

He found the grey-haired senior member of the firm of Rennett, Glover and Simpson (there had been no Simpson in the firm for ten years) on the point of going home.

Mr. Rennett sat down at the sight of his junior.

“I heard the news by ‘phone,” he said. “Ellbery says there is no ground for appeal, but I think the recommendation to mercy will save his life–besides it is a crime passionelle, and they don’t hang for homicidal jealousy. I suppose it was the girl’s evidence that turned the trick?”