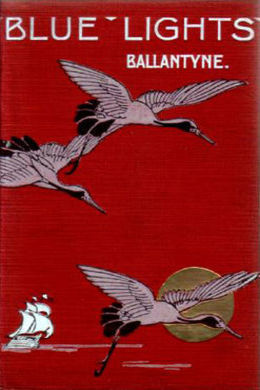 Hot Work in the Soudan

Miles Milton is a prodigal. He struggles with authority and, like the prodigal son in Scripture, must learn the lessons of life the hard way. Through a series of events, he joins the British army for the war in the Sudan, thinking he will experience the good life of adventure and proudly make his way in the world. However, the providential hand of God has prepared a course for young Miles whereby, through the adventures and experiences of life in the blazing heat of the Sudan and among the tribal clans, and while attempting to survive among his enemies, he realizes the folly of his youthful ways. But is it too late?

There is a dividing ridge in the great northern wilderness of America, whereon lies a lakelet of not more than twenty yards in diameter. It is of crystal clearness and profound depth, and on the still evenings of the Indian summer its surface forms a perfect mirror, which might serve as a toilet-glass for a Redskin princess.

We have stood by the side of that lakelet and failed to note the slightest symptom of motion in it, yet somewhere in its centre there was going on a constant and mysterious division of watery particles, and those of them which glided imperceptibly to the right flowed southward to the Atlantic, while those that trembled to the left found a resting-place by the frozen shores of Hudson’s Bay.

As it is with the flow and final exit of those waters, so is it, sometimes, if not always, with the spirit and destiny of man.

Miles Milton, our hero, at the age of nineteen, stood at the dividing ridge of his life. If the oscillating spirit, trembling between right and wrong, had decided to lean to the right, what might have been his fate no one can tell. He paused on the balance a short time, then he leaned over to the left, and what his fate was it is the purpose of this volume to disclose. At the outset, we may remark that it was not unmixed good. Neither was it unmitigated evil.

Miles had a strong body, a strong will, and a somewhat passionate temper: a compound which is closely allied to dynamite!

His father, unfortunately, was composed of much the same materials. The consequences were sometimes explosive. It might have profited the son much had he studied the Scripture lesson, “Children, obey your parents in the Lord.” Not less might it have benefited the father to have pondered the words, “Fathers, provoke not your children to wrath.”

Young Milton had set his heart on going into the army. Old Milton had resolved to thwart the desire of his son. The mother Milton, a meek and loving soul, experienced some hard times between the two. Both loved her intensely, and each loved himself, not better perhaps, but too much!

It is a sad task to have to recount the disputes between a father and a son. We shrink from it and turn away. Suffice it to say that one day Miles and his father had a Vesuvian meeting on the subject of the army. The son became petulant and unreasonable; the father fierce and tyrannical. The end was that they parted in anger.

“Go, sir,” cried the father sternly; “when you are in a better frame of mind you may return.”

“Yes, father, I will go,” cried the son, starting up, “and I will never return.”

Poor youth! He was both right and wrong in this prophetic speech. He did return home, but he did not return to his father.

With fevered pulse and throbbing heart he rushed into a plantation that lay at the back of his father’s house. He had no definite intention save to relieve his feelings by violent action. Running at full speed, he came suddenly to a disused quarry that was full of water. It had long been a familiar haunt as a bathing-pool. Many a time in years past had he leaped off its precipitous margin into the deep water, and wantoned there in all the abandonment of exuberant youth. The leap was about thirty feet, the depth of water probably greater. Constant practice had rendered Miles so expert at diving and swimming that he had come to feel as much at home in the water as a New-Zealander.

Casting off his garments, he took the accustomed plunge by way of cooling his heart and brain. He came up from the depths refreshed, but not restored to equanimity. While dressing, the sense of injustice returned as strongly as before, and, with it, the hot indignation, so that, on afterwards reaching the highway, he paused only for a few moments. This was the critical point. Slowly but decidedly he leaned to the left. He turned his back on his father’s house, and caused the stones to spurt from under his heels as he walked rapidly away.

If Miles Milton had thought of his mother at that time he might have escaped many a day of bitter repentance, for she was as gentle as her husband was harsh; but the angry youth either forgot her at the moment, or, more probably, thrust the thought of her away.

Poor mother! if she had only known what a conflict between good and evil was going on in the breast of her boy, how she would have agonised in prayer for him! But she did not know. There was, however, One who did know, who loved him better even than his mother, and who watched and guarded him throughout all his chequered career.

It is not improbable that in spite of his resolves Miles would have relented before night and returned home had not a very singular incident intervened and closed the door behind him.