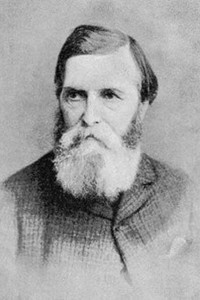 Robert Michael Ballantyne was part of a famous family of printers and publishers. At the age of 16 he went to Canada and was six years in the service of the Hudson’s Bay Company. He returned to Scotland in 1847, and published his first book the following year, Hudson’s Bay. For some time he was employed by Messrs Constable, the publishers, but in 1856 he gave up business for the profession of literature, and began the series of adventure stories for the young with which his name is popularly associated.

Miles Milton is a prodigal. He struggles with authority and, like the prodigal son in Scripture, must learn the lessons of life the hard way. Through a ...read more »

This is a tale of a Sea-rover, or Viking as they’re called. In the author’s own words: The present tale is founded chiefly on the information conveyed i...read more »

On a small island in the heart of the Pacific, a colony of settlers receives a visit from a mysterious man known as the Sandal Wood trader. Some say he’...read more »

In the second half of the seventeenth century, the Scottish Kirk was in direct conflict with the King of England. By 1666, the king s soldiers were give...read more »

Martin Rattler was a very bad boy. At least his aunt, Mrs. Dorothy Grumbit, said so; and certainly she ought to have known, if anybody should, for Marti...read more »

This tale is founded chiefly on facts furnished by the Postmaster-General’s Annual Reports, and gathered, during personal intercourse and investigation,...read more »

Travel back to the late eighteenth century and join Captain James Cook on his scientific expeditions to such exotic places as Tierra del Fuego, the isla...read more »

Fifteen-year-old Ralph, mischievous young Peterkin and clever, brave Jack are shipwrecked on a coral reef with only a telescope and a broken pocketknife...read more »

Who doesn’t like a story that involves a great dog and his young master and friends? In this book you will share their action packed journey and adventu...read more »

This is the tale of a giant Eskimo, Screekinbroot, also called Chingatok. Journey with our young heroes into the frozen tundra and icy waters of the Nor...read more »

In this exciting sequel to The Coral Island, Ballantyne continues the story of Ralph Rover, Jack Martin, and Peterkin Gay who, after their return to Eng...read more »

How the madman who assaulted me this evening found me out I know not. I was not aware until this day that he had been tracking me, but, judging from wha...read more »

The Madman, Antonio Zeppa, is abandoned on Ratinga, an island in the Pacific, where there later appears a miserable ex-pirate called Richard Rosco. The ...read more »

A tale of adventure and evangelism, Ballantyne transforms into engaging historical fiction the well-known facts of the Icelandic Saga–stories of explora...read more »

Writing during the latter half of the nineteenth century after studying original sources and acquainting himself personally with the lands and the remai...read more »

Telling of international diplomacy, slavery, piracy, and rebellion, The Pirate City moves from the sordid slave markets of Algiers to smoke-cloaked wars...read more »

In this tale I have endeavoured to give a truth ful, though unavoidably slight, outline of the stirring incidents of a most important period in the hist...read more »

While Gibault was gazing at this scene with mingled feelings of anxiety, rage, and horror, the whole band of Indians suddenly sprang to their feet and s...read more »