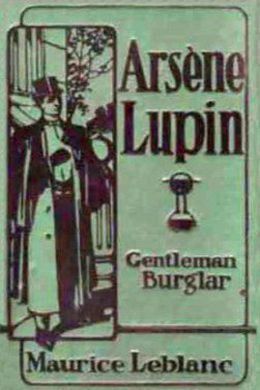 Arsène Lupin is a witty confidence man and burglar, the Sherlock Holmes of crime. The poor and innocent have nothing to fear from him; often they profit from his spontaneous generosity. The rich and powerful, and the detective who tries to spoil his fun, however, must beware. They are the target of Arsène’s mischief and tomfoolery. A masterful thief, his plans frequently evolve into elaborate capers, a precursor to such cinematic creations as Ocean’s Eleven and The Sting. Sparkling with amusing banter, these stories—the best of the Lupin series—are outrageous, melodramatic, and literate. Contents: The Arrest of Arsène Lupin; Arsène Lupin in Prison; The Escape of Arsène Lupin; The Mysterious Traveller; The Queen’s Necklace; The Seven of Hearts; Madame Imbert’s Safe; The Black Pearl; Sherlock Holmes Arrives Too Late.

It was a strange ending to a voyage that had commenced in a most auspicious manner. The transatlantic steamship `La Provence’ was a swift and comfortable vessel, under the command of a most affable man. The passengers constituted a select and delightful society. The charm of new acquaintances and improvised amusements served to make the time pass agreeably. We enjoyed the pleasant sensation of being separated from the world, living, as it were, upon an unknown island, and consequently obliged to be sociable with each other.

Have you ever stopped to consider how much originality and spontaneity emanate from these various individuals who, on the preceding evening, did not even know each other, and who are now, for several days, condemned to lead a life of extreme intimacy, jointly defying the anger of the ocean, the terrible onslaught of the waves, the violence of the tempest and the agonizing monotony of the calm and sleepy water? Such a life becomes a sort of tragic existence, with its storms and its grandeurs, its monotony and its diversity; and that is why, perhaps, we embark upon that short voyage with mingled feelings of pleasure and fear.

But, during the past few years, a new sensation had been added to the life of the transatlantic traveler. The little floating island is now attached to the world from which it was once quite free. A bond united them, even in the very heart of the watery wastes of the Atlantic. That bond is the wireless telegraph, by means of which we receive news in the most mysterious manner. We know full well that the message is not transported by the medium of a hollow wire. No, the mystery is even more inexplicable, more romantic, and we must have recourse to the wings of the air in order to explain this new miracle. During the first day of the voyage, we felt that we were being followed, escorted, preceded even, by that distant voice, which, from time to time, whispered to one of us a few words from the receding world. Two friends spoke to me. Ten, twenty others sent gay or somber words of parting to other passengers.

On the second day, at a distance of five hundred miles from the French coast, in the midst of a violent storm, we received the following message by means of the wireless telegraph:

At that moment, a terrible flash of lightning rent the stormy skies. The electric waves were interrupted. The remainder of the dispatch never reached us. Of the name under which Arsène Lupin was concealing himself, we knew only the initial.

If the news had been of some other character, I have no doubt that the secret would have been carefully guarded by the telegraphic operator as well as by the officers of the vessel. But it was one of those events calculated to escape from the most rigorous discretion. The same day, no one knew how, the incident became a matter of current gossip and every passenger was aware that the famous Arsène Lupin was hiding in our midst.

Arsène Lupin in our midst! the irresponsible burglar whose exploits had been narrated in all the newspapers during the past few months! the mysterious individual with whom Ganimard, our shrewdest detective, had been engaged in an implacable conflict amidst interesting and picturesque surroundings. Arsène Lupin, the eccentric gentleman who operates only in the chateaux and salons, and who, one night, entered the residence of Baron Schormann, but emerged empty-handed, leaving, however, his card on which he had scribbled these words: “Arsène Lupin, gentleman-burglar, will return when the furniture is genuine.” Arsène Lupin, the man of a thousand disguises: in turn a chauffer, detective, bookmaker, Russian physician, Spanish bull-fighter, commercial traveler, robust youth, or decrepit old man.

Then consider this startling situation: Arsène Lupin was wandering about within the limited bounds of a transatlantic steamer; in that very small corner of the world, in that dining saloon, in that smoking room, in that music room! Arsène Lupin was, perhaps, this gentleman…. or that one…. my neighbor at the table…. the sharer of my stateroom….

“And this condition of affairs will last for five days!” exclaimed Miss Nelly Underdown, next morning. “It is unbearable! I hope he will be arrested.”

Then, addressing me, she added:

“And you, Monsieur d’Andrézy, you are on intimate terms with the captain; surely you know something?”