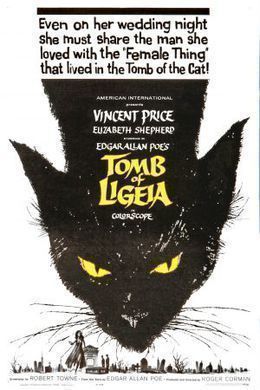 Ligeia is a book written by Edgar Allan Poe and widely considered to be one of the top 100 greatest books of all time. This great novel will surely attract a whole new generation of readers. For many, Ligeia is required reading for various courses and curriculum’s. And for others who simply enjoy reading timeless pieces of classic literature, this gem by Edgar Allan Poe is highly recommended.

And the will therein lieth, which dieth not. Who knoweth the mysteries of the will, with its vigor? For God is but a great will pervading all things by nature of its intentness. Man doth not yield himself to the angels, nor unto death utterly, save only through the weakness of his feeble will.–Joseph Glanvill. I cannot, for my soul, remember how, when, or even precisely where, I first became acquainted with the lady Ligeia. Long years have since elapsed, and my memory is feeble through much suffering. Or, perhaps, I cannot now bring these points to mind, because, in truth, the character of my beloved, her rare learning, her singular yet placid cast of beauty, and the thrilling and enthralling eloquence of her low musical language, made their way into my heart by paces so steadily and stealthily progressive that they have been unnoticed and unknown. Yet I believe that I met her first and most frequently in some large, old, decaying city near the Rhine. Of her family–I have surely heard her speak. That it is of a remotely ancient date cannot be doubted. Ligeia! Ligeia! in studies of a nature more than all else adapted to deaden impressions of the outward world, it is by that sweet word alone–by Ligeia–that I bring before mine eyes in fancy the image of her who is no more. And now, while I write, a recollection flashes upon me that I have never known the paternal name of her who was my friend and my betrothed, and who became the partner of my studies, and finally the wife of my bosom. Was it a playful charge on the part of my Ligeia? or was it a test of my strength of affection, that I should institute no inquiries upon this point? or was it rather a caprice of my own–a wildly romantic offering on the shrine of the most passionate devotion? I but indistinctly recall the fact itself–what wonder that I have utterly forgotten the circumstances which originated or attended it? And, indeed, if ever she, the wan and the misty-winged Ashtophet of idolatrous Egypt, presided, as they tell, over marriages ill-omened, then most surely she presided over mine.

There is one dear topic, however, on which my memory falls me not. It is the person of Ligeia. In stature she was tall, somewhat slender, and, in her latter days, even emaciated. I would in vain attempt to portray the majesty, the quiet ease, of her demeanor, or the incomprehensible lightness and elasticity of her footfall. She came and departed as a shadow. I was never made aware of her entrance into my closed study save by the dear music of her low sweet voice, as she placed her marble hand upon my shoulder. In beauty of face no maiden ever equalled her. It was the radiance of an opium-dream–an airy and spirit-lifting vision more wildly divine than the phantasies which hovered vision about the slumbering souls of the daughters of Delos. Yet her features were not of that regular mould which we have been falsely taught to worship in the classical labors of the heathen. “There is no exquisite beauty,” says Bacon, Lord Verulam, speaking truly of all the forms and genera of beauty, “without some strangeness in the proportion.” Yet, although I saw that the features of Ligeia were not of a classic regularity–although I perceived that her loveliness was indeed “exquisite,” and felt that there was much of “strangeness” pervading it, yet I have tried in vain to detect the irregularity and to trace home my own perception of “the strange.” I examined the contour of the lofty and pale forehead–it was faultless–how cold indeed that word when applied to a majesty so divine!–the skin rivalling the purest ivory, the commanding extent and repose, the gentle prominence of the regions above the temples; and then the raven-black, the glossy, the luxuriant and naturally-curling tresses, setting forth the full force of the Homeric epithet, “hyacinthine!” I looked at the delicate outlines of the nose–and nowhere but in the graceful medallions of the Hebrews had I beheld a similar perfection. There were the same luxurious smoothness of surface, the same scarcely perceptible tendency to the aquiline, the same harmoniously curved nostrils speaking the free spirit. I regarded the sweet mouth. Here was indeed the triumph of all things heavenly–the magnificent turn of the short upper lip–the soft, voluptuous slumber of the under–the dimples which sported, and the color which spoke–the teeth glancing back, with a brilliancy almost startling, every ray of the holy light which fell upon them in her serene and placid, yet most exultingly radiant of all smiles. I scrutinized the formation of the chin–and here, too, I found the gentleness of breadth, the softness and the majesty, the fullness and the spirituality, of the Greek–the contour which the god Apollo revealed but in a dream, to Cleomenes, the son of the Athenian. And then I peered into the large eyes of Ligeia.