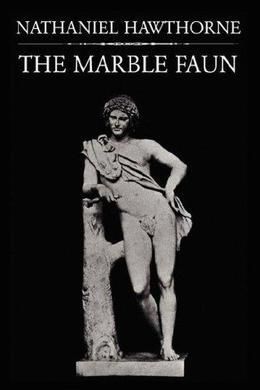 The Romance of Monte Beni

The fragility-and the durability-of human life and art dominate this story of American expatriates in Italy in the mid-nineteenth century. Befriended by Donatello, a young Italian with the classical grace of the “Marble Faun,” Miriam, Hilda, and Kenyon find their pursuit of art taking a sinister turn as Miriam’s unhappy past precipitates the present into tragedy. Hawthorne’s ‘International Novel’ dramatizes the confrontation of the Old World and the New and the uncertain relationship between the ‘authentic’ and the ‘fake’ in life as in art. The author’s evocative descriptions of classic sites made The Marble Faun a favourite guidebook to Rome for Victorian tourists, but this richly ambiguous symbolic romance is also the story of a murder, and a parable of the Fall of Man. As the characters find their civilized existence disrupted by the awful consequences of impulse, Hawthorne leads his readers to question the value of Art and Culture and addresses the great evolutionary debate which was beginning to shake Victorian society.

Four individuals, in whose fortunes we should be glad to interest the reader, happened to be standing in one of the saloons of the sculpture-gallery in the Capitol at Rome. It was that room (the first, after ascending the staircase) in the centre of which reclines the noble and most pathetic figure of the Dying Gladiator, just sinking into his death-swoon. Around the walls stand the Antinous, the Amazon, the Lycian Apollo, the Juno; all famous productions of antique sculpture, and still shining in the undiminished majesty and beauty of their ideal life, although the marble that embodies them is yellow with time, and perhaps corroded by the damp earth in which they lay buried for centuries. Here, likewise, is seen a symbol (as apt at this moment as it was two thousand years ago) of the Human Soul, with its choice of Innocence or Evil close at hand, in the pretty figure of a child, clasping a dove to her bosom, but assaulted by a snake.

From one of the windows of this saloon, we may see a flight of broad stone steps, descending alongside the antique and massive foundation of the Capitol, towards the battered triumphal arch of Septimius Severus, right below. Farther on, the eye skirts along the edge of the desolate Forum (where Roman washerwomen hang out their linen to the sun), passing over a shapeless confusion of modern edifices, piled rudely up with ancient brick and stone, and over the domes of Christian churches, built on the old pavements of heathen temples, and supported by the very pillars that once upheld them. At a distance beyond–yet but a little way, considering how much history is heaped into the intervening space–rises the great sweep of the Coliseum, with the blue sky brightening through its upper tier of arches. Far off, the view is shut in by the Alban Mountains, looking just the same, amid all this decay and change, as when Romulus gazed thitherward over his half finished wall.

We glance hastily at these things,–at this bright sky, and those blue distant mountains, and at the ruins, Etruscan, Roman, Christian, venerable with a threefold antiquity, and at the company of world-famous statues in the saloon,–in the hope of putting the reader into that state of feeling which is experienced oftenest at Rome. It is a vague sense of ponderous remembrances; a perception of such weight and density in a bygone life, of which this spot was the centre, that the present moment is pressed down or crowded out, and our individual affairs and interests are but half as real here as elsewhere. Viewed through this medium, our narrative–into which are woven some airy and unsubstantial threads, intermixed with others, twisted out of the commonest stuff of human existence–may seem not widely different from the texture of all our lives.

Side by side with the massiveness of the Roman Past, all matters that we handle or dream of nowadays look evanescent and visionary alike.

It might be that the four persons whom we are seeking to introduce were conscious of this dreamy character of the present, as compared with the square blocks of granite wherewith the Romans built their lives. Perhaps it even contributed to the fanciful merriment which was just now their mood. When we find ourselves fading into shadows and unrealities, it seems hardly worth while to be sad, but rather to laugh as gayly as we may, and ask little reason wherefore.

Of these four friends of ours, three were artists, or connected with art; and, at this moment, they had been simultaneously struck by a resemblance between one of the antique statues, a well-known masterpiece of Grecian sculpture, and a young Italian, the fourth member of their party.

“You must needs confess, Kenyon,” said a dark-eyed young woman, whom her friends called Miriam, “that you never chiselled out of marble, nor wrought in clay, a more vivid likeness than this, cunning a bust-maker as you think yourself. The portraiture is perfect in character, sentiment, and feature. If it were a picture, the resemblance might be half illusive and imaginary; but here, in this Pentelic marble, it is a substantial fact, and may be tested by absolute touch and measurement. Our friend Donatello is the very Faun of Praxiteles. Is it not true, Hilda?”

“Not quite–almost–yes, I really think so,” replied Hilda, a slender, brown-haired, New England girl, whose perceptions of form and expression were wonderfully clear and delicate. “If there is any difference between the two faces, the reason may be, I suppose, that the Faun dwelt in woods and fields, and consorted with his like; whereas Donatello has known cities a little, and such people as ourselves. But the resemblance is very close, and very strange.”