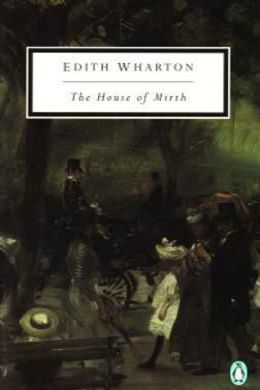 Born in 1862 into an exclusive New York society – against whose rigid mores she often rebelled – Edith Wharton bridged the literary worlds of two continents and two centuries in her rich and glamorous life. The House of Mirth, her tenth book, is the story of young Lily Bart and her tragic sojourn among the upper class of turn-of-the-century New York, touching upon the insidious effects of social convention and the sexual and financial aggression to which free spirited women exposed

Selden paused in surprise. In the afternoon rush of the Grand Central Station his eyes had been refreshed by the sight of Miss Lily Bart.

It was a Monday in early September, and he was returning to his work from a hurried dip into the country; but what was Miss Bart doing in town at that season? If she had appeared to be catching a train, he might have inferred that he had come on her in the act of transition between one and another of the country–houses which disputed her presence after the close of the Newport season; but her desultory air perplexed him. She stood apart from the crowd, letting it drift by her to the platform or the street, and wearing an air of irresolution which might, as he surmised, be the mask of a very definite purpose. It struck him at once that she was waiting for some one, but he hardly knew why the idea arrested him. There was nothing new about Lily Bart, yet he could never see her without a faint movement of interest: it was characteristic of her that she always roused speculation, that her simplest acts seemed the result of far–reaching intentions.

An impulse of curiosity made him turn out of his direct line to the door, and stroll past her. He knew that if she did not wish to be seen she would contrive to elude him; and it amused him to think of putting her skill to the test.