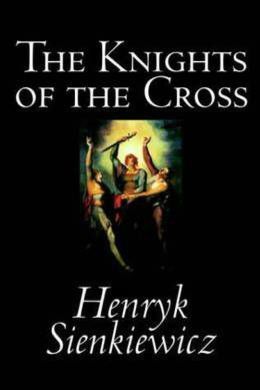 The Knights of the Cross

The time and scene of the noble story are laid in the middle ages during the conquest of Pagan Lithuania by the military and priestly order of the “Krzyzacy” Knights of the Cross. And the story exhibits with splendid force the collision of race passions and fierce, violent individualities which accompanied that struggle. Those who read it will, in addition to their thrilling interest in the tragical and varied incidents, gain no little insight into the origin and working of the inextinguishable race hatred between Teuton and Slav. It was an unfortunate thing surely, that the conversion of the heathen Lithuanians and Zmudzians was committed so largely to that curious variety of the missionary, the armed knight, banded in brotherhood, sacred and military. To say the least, his sword was a weapon dangerous to his evangelizing purpose. He was always in doubt whether to present to the heathen the one end of it, as a cross for adoration, or the other, as a point to kill with. The romance of Sienkiewicz is perhaps the most interesting and fascinating he has yet produced. It is in the very first rank of imaginative and historical romance.

The Benedictine Abbey at Tyniec was in Poland as important and rich, relatively, as the Abbey of Saint–Germain des Près in France. In those times the order organized by Saint Benoit (Benedictus) was the most important factor in the civilization and material prosperity of the country. The older contained 17,000 abbeys. From it came 24 Popes; 200 Cardinals; 1,600 Archbishops; 4,000 Bishops; 15,000 Writers; 1,500 Saints; 5,000 Beatified; 43 Emperors, and 44 Kings. These figures are material facts showing the importance of the order. About its influence on art, literature and culture one could write a volume. in the inn under “Dreadful Urus,” which belonged to the abbey, a few people were sitting, listening to the talk of a military man who had come from afar, and was telling them of the adventures which he had experienced during the war and his journey.

He had a large beard but he was not yet old, and he was almost gigantic but thin, with broad shoulders; he wore his hair in a net ornamented with beads; he was dressed in a leather jacket, which was marked by the cuirass, and he wore a belt composed of brass buckles; in the belt he had a knife in a horn scabbard, and at his side a short traveling sword.

Near by him at the table, was sitting a youth with long hair and joyful look, evidently his comrade, or perhaps a shield–bearer, because he also was dressed as for a journey in a similar leather jacket. The rest of the company was composed of two noblemen from the vicinity of Krakow and of three townsmen with red folding caps, the thin tops of which were hanging down their sides to their elbows.