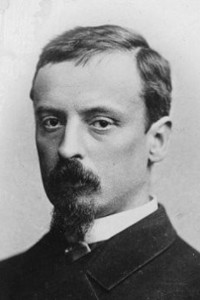 Henryk Adam Aleksander Pius Sienkiewicz, also known as “Litwos”, was a Polish journalist and Nobel Prize-winning novelist. A Polish szlachcic (noble) of the Oszyk coat of arms, he was one of the most popular Polish writers at the turn of the 19th and 20th centuries, and received the Nobel Prize in Literature in 1905 for his “outstanding merits as an epic writer.” (source: Wikipedia)

For most readers this book will have a double interest, the interest attaching to a picture of Polish life, and the general human interest inseparable f...read more »

Close on the heels of the magnificent With Fire and Sword and The Deluge, comes this impassioned tale of love, war, heroism, treason and betrayal, with ...read more »

The renowned Polish novelist, inspired by his travels through Africa, gives us a fascinating book recounting adventures and experiences of two children ...read more »

This story by Henryk Sienkiewicz, is of interest as it can be considered the germ, so to speak, of Quo Vadis, which is among one of the most noteworthy ...read more »

Split into two volumes due to length, this work is the sequel to With Fire and Sword, a massive book called one of the greatest in European literature. ...read more »

This is volume two of a two-volume work, the sequel to With Fire and Sword, a massive book called one of the greatest in European literature. Number two...read more »

The time and scene of the noble story are laid in the middle ages during the conquest of Pagan Lithuania by the military and priestly order of the “Krzy...read more »

This powerful novel, a “Polish Gone with the Wind”, is set in the 17th century and follows the struggle of the kingdom of Poland to maintain its unity i...read more »