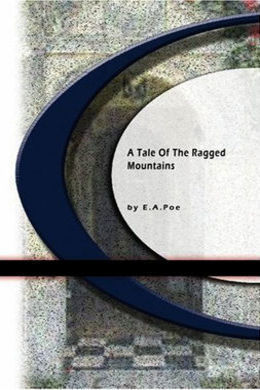 A Tale of the Ragged Mountains

A Tale of the Ragged Mountains highlights scientific theories of Poe’s day, engages with British imperial history, and forecasts contemporary interest in psychoactive drugs, the transmigration of the soul, and the dynamics of the doctor-patient relationship. This is a short story partially based on Edgar Allan Poe’s experiences while a student at the University of Virginia. Set near Charlottesville, it is the only one of his stories to take place in Virginia.

During the fall of the year 1827, while residing near Charlottesville, Virginia, I casually made the acquaintance of Mr. Augustus Bedloe. This young gentleman was remarkable in every respect, and excited in me a profound interest and curiosity. I found it impossible to comprehend him either in his moral or his physical relations. Of his family I could obtain no satisfactory account. Whence he came, I never ascertained. Even about his age–although I call him a young gentleman–there was something which perplexed me in no little degree. He certainly seemed young–and he made a point of speaking about his youth–yet there were moments when I should have had little trouble in imagining him a hundred years of age. But in no regard was he more peculiar than in his personal appearance. He was singularly tall and thin. He stooped much. His limbs were exceedingly long and emaciated. His forehead was broad and low. His complexion was absolutely bloodless. His mouth was large and flexible, and his teeth were more wildly uneven, although sound, than I had ever before seen teeth in a human head. The expression of his smile, however, was by no means unpleasing, as might be supposed; but it had no variation whatever. It was one of profound melancholy–of a phaseless and unceasing gloom. His eyes were abnormally large, and round like those of a cat. The pupils, too, upon any accession or diminution of light, underwent contraction or dilation, just such as is observed in the feline tribe. In moments of excitement the orbs grew bright to a degree almost inconceivable; seeming to emit luminous rays, not of a reflected but of an intrinsic lustre, as does a candle or the sun; yet their ordinary condition was so totally vapid, filmy, and dull as to convey the idea of the eyes of a long-interred corpse.

These peculiarities of person appeared to cause him much annoyance, and he was continually alluding to them in a sort of half explanatory, half apologetic strain, which, when I first heard it, impressed me very painfully. I soon, however, grew accustomed to it, and my uneasiness wore off. It seemed to be his design rather to insinuate than directly to assert that, physically, he had not always been what he was–that a long series of neuralgic attacks had reduced him from a condition of more than usual personal beauty, to that which I saw. For many years past he had been attended by a physician, named Templeton–an old gentleman, perhaps seventy years of age–whom he had first encountered at Saratoga, and from whose attention, while there, he either received, or fancied that he received, great benefit. The result was that Bedloe, who was wealthy, had made an arrangement with Dr. Templeton, by which the latter, in consideration of a liberal annual allowance, had consented to devote his time and medical experience exclusively to the care of the invalid.

Doctor Templeton had been a traveller in his younger days, and at Paris had become a convert, in great measure, to the doctrines of Mesmer. It was altogether by means of magnetic remedies that he had succeeded in alleviating the acute pains of his patient; and this success had very naturally inspired the latter with a certain degree of confidence in the opinions from which the remedies had been educed. The Doctor, however, like all enthusiasts, had struggled hard to make a thorough convert of his pupil, and finally so far gained his point as to induce the sufferer to submit to numerous experiments. By a frequent repetition of these, a result had arisen, which of late days has become so common as to attract little or no attention, but which, at the period of which I write, had very rarely been known in America. I mean to say, that between Doctor Templeton and Bedloe there had grown up, little by little, a very distinct and strongly marked rapport, or magnetic relation. I am not prepared to assert, however, that this rapport extended beyond the limits of the simple sleep-producing power, but this power itself had attained great intensity. At the first attempt to induce the magnetic somnolency, the mesmerist entirely failed. In the fifth or sixth he succeeded very partially, and after long continued effort. Only at the twelfth was the triumph complete. After this the will of the patient succumbed rapidly to that of the physician, so that, when I first became acquainted with the two, sleep was brought about almost instantaneously by the mere volition of the operator, even when the invalid was unaware of his presence. It is only now, in the year 1845, when similar miracles are witnessed daily by thousands, that I dare venture to record this apparent impossibility as a matter of serious fact.