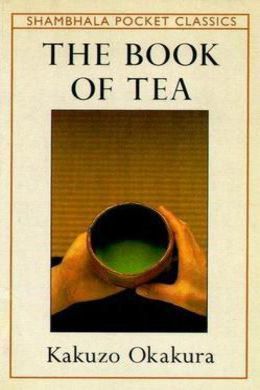 The Book of Tea

At the turn of the 20th century, in Boston, a small esoteric book about tea was written with the intention of being read aloud in the famous salon of Isabella Gardner. It was authored by Okakura Kakuzo, a Japanese philosopher, art expert, and curator. Little known at the time, Kakuzo would emerge as one of the great thinkers of the early 20th century, a genius who was insightful, witty and greatly responsible for bridging Western and Eastern cultures. Nearly a century later, Kakuzo’s book of tea is still beloved the world over. The Book of Tea is a delightful cup of enlightenment from a man far ahead of his time.

Tea began as a medicine and grew into a beverage. In China, in the eighth century, it entered the realm of poetry as one of the polite amusements. The fifteenth century saw Japan ennoble it into a religion of aestheticism–Teaism. Teaism is a cult founded on the adoration of the beautiful among the sordid facts of everyday existence. It inculcates purity and harmony, the mystery of mutual charity, the romanticism of the social order. It is essentially a worship of the Imperfect, as it is a tender attempt to accomplish something possible in this impossible thing we know as life.

The Philosophy of Tea is not mere aestheticism in the ordinary acceptance of the term, for it expresses conjointly with ethics and religion our whole point of view about man and nature. It is hygiene, for it enforces cleanliness; it is economics, for it shows comfort in simplicity rather than in the complex and costly; it is moral geometry, inasmuch as it defines our sense of proportion to the universe. It represents the true spirit of Eastern democracy by making all its votaries aristocrats in taste.

The long isolation of Japan from the rest of the world, so conducive to introspection, has been highly favourable to the development of Teaism. Our home and habits, costume and cuisine, porcelain, lacquer, painting–our very literature–all have been subject to its influence. No student of Japanese culture could ever ignore its presence. It has permeated the elegance of noble boudoirs, and entered the abode of the humble. Our peasants have learned to arrange flowers, our meanest labourer to offer his salutation to the rocks and waters. In our common parlance we speak of the man “with no tea” in him, when he is insusceptible to the serio-comic interests of the personal drama. Again we stigmatise the untamed aesthete who, regardless of the mundane tragedy, runs riot in the springtide of emancipated emotions, as one “with too much tea” in him.

The outsider may indeed wonder at this seeming much ado about nothing. What a tempest in a tea-cup! he will say. But when we consider how small after all the cup of human enjoyment is, how soon overflowed with tears, how easily drained to the dregs in our quenchless thirst for infinity, we shall not blame ourselves for making so much of the tea-cup. Mankind has done worse. In the worship of Bacchus, we have sacrificed too freely; and we have even transfigured the gory image of Mars. Why not consecrate ourselves to the queen of the Camelias, and revel in the warm stream of sympathy that flows from her altar? In the liquid amber within the ivory-porcelain, the initiated may touch the sweet reticence of Confucius, the piquancy of Laotse, and the ethereal aroma of Sakyamuni himself.

Those who cannot feel the littleness of great things in themselves are apt to overlook the greatness of little things in others. The average Westerner, in his sleek complacency, will see in the tea ceremony but another instance of the thousand and one oddities which constitute the quaintness and childishness of the East to him. He was wont to regard Japan as barbarous while she indulged in the gentle arts of peace: he calls her civilised since she began to commit wholesale slaughter on Manchurian battlefields. Much comment has been given lately to the Code of the Samurai,–the Art of Death which makes our soldiers exult in self-sacrifice; but scarcely any attention has been drawn to Teaism, which represents so much of our Art of Life. Fain would we remain barbarians, if our claim to civilisation were to be based on the gruesome glory of war. Fain would we await the time when due respect shall be paid to our art and ideals.

When will the West understand, or try to understand, the East? We Asiatics are often appalled by the curious web of facts and fancies which has been woven concerning us. We are pictured as living on the perfume of the lotus, if not on mice and cockroaches. It is either impotent fanaticism or else abject voluptuousness. Indian spirituality has been derided as ignorance, Chinese sobriety as stupidity, Japanese patriotism as the result of fatalism. It has been said that we are less sensible to pain and wounds on account of the callousness of our nervous organisation!

Why not amuse yourselves at our expense? Asia returns the compliment. There would be further food for merriment if you were to know all that we have imagined and written about you. All the glamour of the perspective is there, all the unconscious homage of wonder, all the silent resentment of the new and undefined. You have been loaded with virtues too refined to be envied, and accused of crimes too picturesque to be condemned. Our writers in the past–the wise men who knew–informed us that you had bushy tails somewhere hidden in your garments, and often dined off a fricassee of newborn babes!