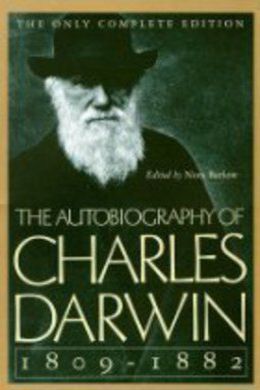 The Autobiography of Charles Darwin

From The Life and Letters of Charles Darwin

After having spent two sessions in Edinburgh, my father perceived, or he heard from my sisters, that I did not like the thought of being a physician, so he proposed that I should become a clergyman. He was very properly vehement against my turning into an idle sporting man, which then seemed my probable destination. I asked for some time to consider, as from what little I had heard or thought on the subject I had scruples about declaring my belief in all the dogmas of the Church of England; though otherwise I liked the thought of being a country clergyman. Accordingly I read with care ‘Pearson on the Creed,’ and a few other books on divinity; and as I did not then in the least doubt the strict and literal truth of every word in the Bible, I soon persuaded myself that our Creed must be fully accepted.

Considering how fiercely I have been attacked by the orthodox, it seems ludicrous that I once intended to be a clergyman. Nor was this intention and my father’s wish ever formerly given up, but died a natural death when, on leaving Cambridge, I joined the “Beagle” as naturalist. If the phrenologists are to be trusted, I was well fitted in one respect to be a clergyman. A few years ago the secretaries of a German psychological society asked me earnestly by letter for a photograph of myself; and some time afterwards I received the proceedings of one of the meetings, in which it seemed that the shape of my head had been the subject of a public discussion, and one of the speakers declared that I had the bump of reverence developed enough for ten priests.

As it was decided that I should be a clergyman, it was necessary that I should go to one of the English universities and take a degree; but as I had never opened a classical book since leaving school, I found to my dismay, that in the two intervening years I had actually forgotten, incredible as it may appear, almost everything which I had learnt, even to some few of the Greek letters. I did not therefore proceed to Cambridge at the usual time in October, but worked with a private tutor in Shrewsbury, and went to Cambridge after the Christmas vacation, early in 1828. I soon recovered my school standard of knowledge, and could translate easy Greek books, such as Homer and the Greek Testament, with moderate facility.

During the three years which I spent at Cambridge my time was wasted, as far as the academical studies were concerned, as completely as at Edinburgh and at school. I attempted mathematics, and even went during the summer of 1828 with a private tutor (a very dull man) to Barmouth, but I got on very slowly. The work was repugnant to me, chiefly from my not being able to see any meaning in the early steps in algebra. This impatience was very foolish, and in after years I have deeply regretted that I did not proceed far enough at least to understand something of the great leading principles of mathematics, for men thus endowed seem to have an extra sense. But I do not believe that I should ever have succeeded beyond a very low grade. With respect to Classics I did nothing except attend a few compulsory college lectures, and the attendance was almost nominal. In my second year I had to work for a month or two to pass the Little–Go, which I did easily. Again, in my last year I worked with some earnestness for my final degree of B.A., and brushed up my Classics, together with a little Algebra and Euclid, which latter gave me much pleasure, as it did at school. In order to pass the B.A. examination, it was also necessary to get up Paley’s ‘Evidences of Christianity,’ and his ‘Moral Philosophy.’ This was done in a thorough manner, and I am convinced that I could have written out the whole of the ‘Evidences’ with perfect correctness, but not of course in the clear language of Paley. The logic of this book and, as I may add, of his ‘Natural Theology,’ gave me as much delight as did Euclid. The careful study of these works, without attempting to learn any part by rote, was the only part of the academical course which, as I then felt and as I still believe, was of the least use to me in the education of my mind. I did not at that time trouble myself about Paley’s premises; and taking these on trust, I was charmed and convinced by the long line of argumentation. By answering well the examination questions in Paley, by doing Euclid well, and by not failing miserably in Classics, I gained a good place among the oi polloi or crowd of men who do not go in for honours. Oddly enough, I cannot remember how high I stood, and my memory fluctuates between the fifth, tenth, or twelfth, name on the list. (Tenth in the list of January 1831.)

Public lectures on several branches were given in the University, attendance being quite voluntary; but I was so sickened with lectures at Edinburgh that I did not even attend Sedgwick’s eloquent and interesting lectures.