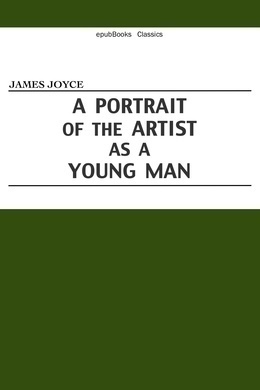 A Portrait of the Artist as a Young Man

Perhaps Joyce’s most personal work, A Portrait of the Artist as a Young Man depicts the intellectual awakening of one of literature’s most memorable young heroes, Stephen Dedalus. Through a series of brilliant epiphanies that parallel the development of his own aesthetic consciousness, Joyce evokes Stephen’s youth, from his impressionable years as the youngest student at the Clongowed Wood school to the deep religious conflict he experiences at a day school in Dublin, and finally to his college studies where he challenges the conventions of his upbringing and his understanding of faith and intellectual freedom. James Joyce’s highly autobiographical novel was first published in the United States to immediate acclaim. Ezra Pound accurately predicted that Joyce’s book would “remain a permanent part of English literature,” while H.G. Wells dubbed it “by far the most important living and convincing picture that exists of an Irish Catholic upbringing.” A remarkably rich study of a developing young mind, this work made an indelible mark on literature and confirmed Joyce’s reputation as one of the world’s greatest and lasting writers.

His father told him that story: his father looked at him through a glass: he had a hairy face.

He was baby tuckoo. The moocow came down the road where Betty Byrne lived: she sold lemon platt.

He sang that song. That was his song.

When you wet the bed first it is warm then it gets cold. His mother put on the oilsheet. That had the queer smell.

His mother had a nicer smell than his father. She played on the piano the sailor’s hornpipe for him to dance. He danced:

–O, if not, the eagles will come and pull out his eyes.–

The wide playgrounds were swarming with boys. All were shouting and the prefects urged them on with strong cries. The evening air was pale and chilly and after every charge and thud of the footballers the greasy leather orb flew like a heavy bird through the grey light. He kept on the fringe of his line, out of sight of his prefect, out of the reach of the rude feet, feigning to run now and then. He felt his body small and weak amid the throng of the players and his eyes were weak and watery. Rody Kickham was not like that: he would be captain of the third line all the fellows said.

Rody Kickham was a decent fellow but Nasty Roche was a stink. Rody Kickham had greaves in his number and a hamper in the refectory. Nasty Roche had big hands. He called the Friday pudding dog-in-the-blanket. And one day he had asked:

–What is your name?

Then Nasty Roche had said:

–What kind of a name is that?

And when Stephen had not been able to answer Nasty Roche had asked:

–What is your father?

Then Nasty Roche had asked:

–Is he a magistrate?

He crept about from point to point on the fringe of his line, making little runs now and then. But his hands were bluish with cold. He kept his hands in the side pockets of his belted grey suit. That was a belt round his pocket. And belt was also to give a fellow a belt. One day a fellow said to Cantwell:

–I’d give you such a belt in a second.

–Go and fight your match. Give Cecil Thunder a belt. I’d like to see you. He’d give you a toe in the rump for yourself.

That was not a nice expression. His mother had told him not to speak with the rough boys in the college. Nice mother! The first day in the hall of the castle when she had said goodbye she had put up her veil double to her nose to kiss him: and her nose and eyes were red. But he had pretended not to see that she was going to cry. She was a nice mother but she was not so nice when she cried. And his father had given him two five-shilling pieces for pocket money. And his father had told him if he wanted anything to write home to him and, whatever he did, never to peach on a fellow. Then at the door of the castle the rector had shaken hands with his father and mother, his soutane fluttering in the breeze, and the car had driven off with his father and mother on it. They had cried to him from the car, waving their hands:

He was caught in the whirl of a scrimmage and, fearful of the flashing eyes and muddy boots, bent down to look through the legs. The fellows were struggling and groaning and their legs were rubbing and kicking and stamping. Then Jack Lawton’s yellow boots dodged out the ball and all the other boots and legs ran after. He ran after them a little way and then stopped. It was useless to run on. Soon they would be going home for the holidays. After supper in the study hall he would change the number pasted up inside his desk from seventy-seven to seventy-six.