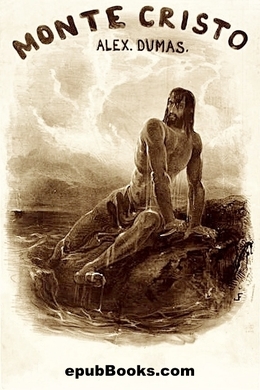 The Count of Monte Cristo

Edmond Dantes, a nineteen-year-old sailor from Marseilles, is soon to be captain of his own ship and to marry his beloved, the beautiful Mercedes. But spiteful enemies provoke his arrest on his wedding day, and he is condemned to life in prison. His sole companion is the ‘crazy’ priest Faria, who shares with Edmond a secret escape plan, and a map to hidden riches on the island of Monte Cristo. When Faria dies, Edmond attempts the incredible escape alone. finally he is free and rich beyond imagination after 14 years in prison. Keeping his true identity a secret, he enters society as Count of Monte Cristo, a polite, refined nobleman determined to reclaim his lost love, and to avenge his accusers. This is a story of suspense, intrigue, love and the triumph of good over evil.

On the 24th of February, 1815, the look-out at Notre-Dame de la Garde signalled the three-master, the Pharaon from Smyrna, Trieste, and Naples.

As usual, a pilot put off immediately, and rounding the Chateau d’If, got on board the vessel between Cape Morgion and Rion island.

Immediately, and according to custom, the ramparts of Fort Saint-Jean were covered with spectators; it is always an event at Marseilles for a ship to come into port, especially when this ship, like the Pharaon, has been built, rigged, and laden at the old Phocee docks, and belongs to an owner of the city.

The ship drew on and had safely passed the strait, which some volcanic shock has made between the Calasareigne and Jaros islands; had doubled Pomegue, and approached the harbor under topsails, jib, and spanker, but so slowly and sedately that the idlers, with that instinct which is the forerunner of evil, asked one another what misfortune could have happened on board. However, those experienced in navigation saw plainly that if any accident had occurred, it was not to the vessel herself, for she bore down with all the evidence of being skilfully handled, the anchor a-cockbill, the jib-boom guys already eased off, and standing by the side of the pilot, who was steering the Pharaon towards the narrow entrance of the inner port, was a young man, who, with activity and vigilant eye, watched every motion of the ship, and repeated each direction of the pilot.

The vague disquietude which prevailed among the spectators had so much affected one of the crowd that he did not await the arrival of the vessel in harbor, but jumping into a small skiff, desired to be pulled alongside the Pharaon, which he reached as she rounded into La Reserve basin.

When the young man on board saw this person approach, he left his station by the pilot, and, hat in hand, leaned over the ship’s bulwarks.

He was a fine, tall, slim young fellow of eighteen or twenty, with black eyes, and hair as dark as a raven’s wing; and his whole appearance bespoke that calmness and resolution peculiar to men accustomed from their cradle to contend with danger.

“Ah, is it you, Dantes?” cried the man in the skiff. “What’s the matter? and why have you such an air of sadness aboard?”

“And the cargo?” inquired the owner, eagerly.

“Is all safe, M. Morrel; and I think you will be satisfied on that head. But poor Captain Leclere–”

“Fell into the sea?”

“No, sir, he died of brain-fever in dreadful agony.” Then turning to the crew, he said, “Bear a hand there, to take in sail!”

All hands obeyed, and at once the eight or ten seamen who composed the crew, sprang to their respective stations at the spanker brails and outhaul, topsail sheets and halyards, the jib downhaul, and the topsail clewlines and buntlines. The young sailor gave a look to see that his orders were promptly and accurately obeyed, and then turned again to the owner.

“And how did this misfortune occur?” inquired the latter, resuming the interrupted conversation.

“Alas, sir, in the most unexpected manner. After a long talk with the harbor-master, Captain Leclere left Naples greatly disturbed in mind. In twenty-four hours he was attacked by a fever, and died three days afterwards. We performed the usual burial service, and he is at his rest, sewn up in his hammock with a thirty-six pound shot at his head and his heels, off El Giglio island. We bring to his widow his sword and cross of honor. It was worth while, truly,” added the young man with a melancholy smile, “to make war against the English for ten years, and to die in his bed at last, like everybody else.”

“Why, you see, Edmond,” replied the owner, who appeared more comforted at every moment, “we are all mortal, and the old must make way for the young. If not, why, there would be no promotion; and since you assure me that the cargo–”

“Is all safe and sound, M. Morrel, take my word for it; and I advise you not to take 25,000 francs for the profits of the voyage.”

Then, as they were just passing the Round Tower, the young man shouted: “Stand by there to lower the topsails and jib; brail up the spanker!”

The order was executed as promptly as it would have been on board a man-of-war.

“Let go–and clue up!” At this last command all the sails were lowered, and the vessel moved almost imperceptibly onwards.

“Now, if you will come on board, M. Morrel,” said Dantes, observing the owner’s impatience, “here is your supercargo, M. Danglars, coming out of his cabin, who will furnish you with every particular. As for me, I must look after the anchoring, and dress the ship in mourning.”