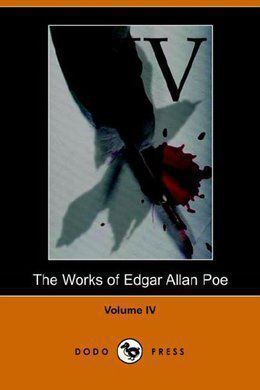 Volume four of the complete works in five volumes from one of the leaders of the American Romantics. Macabre parties in isolated castles … Gruesome bestial murders … Talking ravens, hellish black pits, innocents buried alive … Prepare to be chilled and enthralled by the haunting genius of the acknowledged master of gothic horror and suspense, Edgar Allan Poe. Included in this volume are The Devil in the Belfry, Lionizing, X-ing a Paragraph, Metzengerstein, The System of Doctor Tarr and Professor Fether, The Literary Life of Thingum Bob, Esq., How to Write a Blackwood article, A Predicament, Mystification, Diddling, The Angel of the Odd, Mellonia Tauta, The Duc de l’Omlette, The Oblong Box, Loss of Breath, The Man That Was Used Up, The Business Man, The Landscape Garden, Maelzel’s Chess-Player, The Power of Words, The Colloquy of Monas and Una, The Conversation of Eiros and Charmion and Shadow–A Parable.

Everybody knows, in a general way, that the finest place in the world is–or, alas, was–the Dutch borough of Vondervotteimittiss. Yet as it lies some distance from any of the main roads, being in a somewhat out-of-the-way situation, there are perhaps very few of my readers who have ever paid it a visit. For the benefit of those who have not, therefore, it will be only proper that I should enter into some account of it. And this is indeed the more necessary, as with the hope of enlisting public sympathy in behalf of the inhabitants, I design here to give a history of the calamitous events which have so lately occurred within its limits. No one who knows me will doubt that the duty thus self-imposed will be executed to the best of my ability, with all that rigid impartiality, all that cautious examination into facts, and diligent collation of authorities, which should ever distinguish him who aspires to the title of historian.

By the united aid of medals, manuscripts, and inscriptions, I am enabled to say, positively, that the borough of Vondervotteimittiss has existed, from its origin, in precisely the same condition which it at present preserves. Of the date of this origin, however, I grieve that I can only speak with that species of indefinite definiteness which mathematicians are, at times, forced to put up with in certain algebraic formulae. The date, I may thus say, in regard to the remoteness of its antiquity, cannot be less than any assignable quantity whatsoever.

Touching the derivation of the name Vondervotteimittiss, I confess myself, with sorrow, equally at fault. Among a multitude of opinions upon this delicate point–some acute, some learned, some sufficiently the reverse–I am able to select nothing which ought to be considered satisfactory. Perhaps the idea of Grogswigg–nearly coincident with that of Kroutaplenttey–is to be cautiously preferred.–It runs:–“Vondervotteimittis–Vonder, lege Donder–Votteimittis, quasi und Bleitziz–Bleitziz obsol:–pro Blitzen.” This derivative, to say the truth, is still countenanced by some traces of the electric fluid evident on the summit of the steeple of the House of the Town-Council. I do not choose, however, to commit myself on a theme of such importance, and must refer the reader desirous of information to the “Oratiunculae de Rebus Praeter-Veteris,” of Dundergutz. See, also, Blunderbuzzard “De Derivationibus,” pp. 27 to 5010, Folio, Gothic edit., Red and Black character, Catch-word and No Cypher; wherein consult, also, marginal notes in the autograph of Stuffundpuff, with the Sub-Commentaries of Gruntundguzzell.

Notwithstanding the obscurity which thus envelops the date of the foundation of Vondervotteimittis, and the derivation of its name, there can be no doubt, as I said before, that it has always existed as we find it at this epoch. The oldest man in the borough can remember not the slightest difference in the appearance of any portion of it; and, indeed, the very suggestion of such a possibility is considered an insult. The site of the village is in a perfectly circular valley, about a quarter of a mile in circumference, and entirely surrounded by gentle hills, over whose summit the people have never yet ventured to pass. For this they assign the very good reason that they do not believe there is anything at all on the other side.

Round the skirts of the valley (which is quite level, and paved throughout with flat tiles), extends a continuous row of sixty little houses. These, having their backs on the hills, must look, of course, to the centre of the plain, which is just sixty yards from the front door of each dwelling. Every house has a small garden before it, with a circular path, a sun-dial, and twenty-four cabbages. The buildings themselves are so precisely alike, that one can in no manner be distinguished from the other. Owing to the vast antiquity, the style of architecture is somewhat odd, but it is not for that reason the less strikingly picturesque. They are fashioned of hard-burned little bricks, red, with black ends, so that the walls look like a chess-board upon a great scale. The gables are turned to the front, and there are cornices, as big as all the rest of the house, over the eaves and over the main doors. The windows are narrow and deep, with very tiny panes and a great deal of sash. On the roof is a vast quantity of tiles with long curly ears. The woodwork, throughout, is of a dark hue and there is much carving about it, with but a trifling variety of pattern for, time out of mind, the carvers of Vondervotteimittiss have never been able to carve more than two objects–a time-piece and a cabbage. But these they do exceedingly well, and intersperse them, with singular ingenuity, wherever they find room for the chisel.