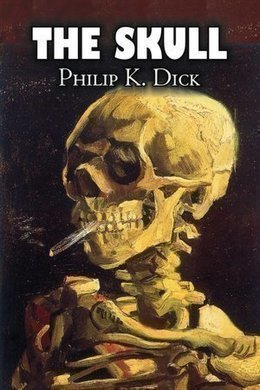 Conger is given a chance to be released from prison on the condition that he completes one job—he must travel back in time and kill a man who, if allowed to live, will later change the world.

“What is this opportunity?” Conger asked. “Go on. I’m interested.”

The room was silent; all faces were fixed on Conger—still in the drab prison uniform. The Speaker leaned forward slowly.

“Before you went to prison your trading business was paying well—all illegal—all very profitable. Now you have nothing, except the prospect of another six years in a cell.”

“There is a certain situation, very important to this Council, that requires your peculiar abilities. Also, it is a situation you might find interesting. You were a hunter, were you not? You’ve done a great deal of trapping, hiding in the bushes, waiting at night for the game? I imagine hunting must be a source of satisfaction to you, the chase, the stalking—”

Conger sighed. His lips twisted. “All right,” he said. “Leave that out. Get to the point. Who do you want me to kill?”

The Speaker smiled. “All in proper sequence,” he said softly.

The car slid to a stop. It was night; there was no light anywhere along the street. Conger looked out. “Where are we? What is this place?”

The hand of the guard pressed into his arm. “Come. Through that door.”

Conger stepped down, onto the damp sidewalk. The guard came swiftly after him, and then the Speaker. Conger took a deep breath of the cold air. He studied the dim outline of the building rising up before them.

“I know this place. I’ve seen it before.” He squinted, his eyes growing accustomed to the dark. Suddenly he became alert. “This is—”

“Yes. The First Church.” The Speaker walked toward the steps. “We’re expected.”

“Yes.” The Speaker mounted the stairs. “You know we’re not allowed in their Churches, especially with guns!” He stopped. Two armed soldiers loomed up ahead, one on each side.

“All right?” The Speaker looked up at them. They nodded. The door of the Church was open. Conger could see other soldiers inside, standing about, young soldiers with large eyes, gazing at the ikons and holy images.

“It was necessary,” the Speaker said. “As you know, we have been singularly unfortunate in the past in our relations with the First Church.”

They passed through the hall and into the main chamber where the altar piece was, and the kneeling places. The Speaker scarcely glanced at the altar as they passed by. He pushed open a small side door and beckoned Conger through.

“In here. We have to hurry. The faithful will be flocking in soon.”

Conger entered, blinking. They were in a small chamber, low–ceilinged, with dark panels of old wood. There was a smell of ashes and smoldering spices in the room. He sniffed. “What’s that? The smell.”

“Cups on the wall. I don’t know.” The Speaker crossed impatiently to the far side. “According to our information, it is hidden here by this—”

Conger looked around the room. He saw books and papers, holy signs and images. A strange low shiver went through him.

“Does my job involve anyone of the Church? If it does—”

The Speaker turned, astonished. “Can it be that you believe in the Founder? Is it possible, a hunter, a killer—”

“No. Of course not. All their business about resignation to death, non–violence—”

Conger shrugged. “I’ve been taught not to mix with such as these. They have strange abilities. And you can’t reason with them.”

The Speaker studied Conger thoughtfully. “You have the wrong idea. It is no one here that we have in mind. We’ve found that killing them only tends to increase their numbers.”

“Then why come here? Let’s leave.”

“No. We came for something important. Something you will need to identify your man. Without it you won’t be able to find him.” A trace of a smile crossed the Speaker’s face. “We don’t want you to kill the wrong person. It’s too important.”

“This is an unusual situation,” the Speaker said. “You see, the person you are after—the person that we are sending you to find—is known only by certain objects here. They are the only traces, the only means of identification. Without them—”

He came toward the Speaker. The Speaker moved to one side. “Look,” he said. He drew a sliding wall away, showing a dark square hole. “In there.”

Conger squatted down, staring in. He frowned. “A skull! A skeleton!”

“The man you are after has been dead for two centuries,” the Speaker said. “This is all that remains of him. And this is all you have with which to find him.”

For a long time Conger said nothing. He stared down at the bones, dimly visible in the recess of the wall. How could a man dead centuries be killed? How could he be stalked, brought down?

Conger was a hunter, a man who had lived as he pleased, where he pleased.