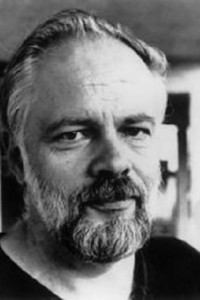 Philip Kindred Dick was an American novelist, short story writer, and essayist whose published work during his lifetime was almost entirely in the science fiction genre. Dick explored sociological, political and metaphysical themes in novels dominated by monopolistic corporations, authoritarian governments, and altered states. In his later works, Dick’s thematic focus strongly reflected his personal interest in metaphysics and theology. He often drew upon his own life experiences and addressed the nature of drug abuse, paranoia and schizophrenia, and transcendental experiences in novels such as A Scanner Darkly and VALIS.

Spaceman Peterson buys a “wub” from a local before his departure from Mars and takes it back aboard the ship on which he is a crew member. But the capta...read more »

In Beyond the Door, Dick spins the tale of a thoughtful gift that holds unspeakable secrets. Though protagonist Larry Thomas had only the best intention...read more »

Imagine an advanced spacecraft powered by the human brain. That’s the remarkable technology at the heart of this fascinating short story by science fict...read more »

Under extreme duress, the human mind can come up with an array of impossibly complex coping mechanisms. Is that what’s behind the strange epidemic that ...read more »

An influential short story by Philip K. Dick first published in Space Science Fiction magazine, in May 1953. It is one of Dick’s many stories in which ...read more »

Stark terror ruled the Inner-Flight ship on that last Mars-Terra run. For the black-clad Leiters were on the prowl … and the grim red planet was not far...read more »

After a devastating war between the United States and the Soviet Union mankind has taken refuge beneath Earth’s surface. But the war continues above gro...read more »

Nobody blends satire and science fiction like renowned luminary of the genre Philip K. Dick. This short but utterly memorable tale tells the story of a ...read more »

Take an intergalactic trip with renowned science fiction writer Philip K. Dick. In The Gun, the crew of a spaceship are sent out to recover a remarkable...read more »

TV repairman Ed Loyce sets out for what he thinks will be a typical day at work – and finds himself in a world in which everything has been turned topsy...read more »

Conger is given a chance to be released from prison on the condition that he completes one job—he must travel back in time and kill a man who, if allowe...read more »

The Terran system is growing and expanding all the time. But an old and corrupt Centaurian Empire is holding Terra down, as it encircles the Terran syst...read more »

Far in the future, Earth’s empire has grown to include dozens of different civilizations, many of which have been subjugated to serve humanity’s growing...read more »