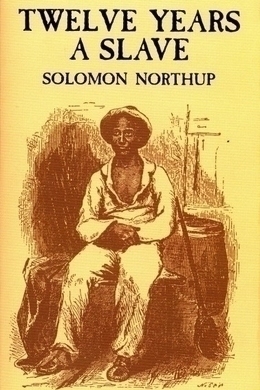 The story of Solomon Northup is a bizarre and incredible one. Born a free black in New York State in 1808, he was kidnapped in Washington, D.C., in 1841, and spent most of the next 12 years as a slave on a Louisiana cotton plantation. His years in this condition of servitude were filled with abuse, apprehension, and a profound fear for his life (he narrowly escaped lynching). Northup’s years in captivity are dramatically recounted here, as are his attempts to bring charges against the men who originally abducted him. An educated man when he entered slavery, Northup was able to write about the institution as both an outsider and as one of its victims. The result was an exceptionally detailed and accurate description of slave life and plantation society. A bestseller in its time, the work is a moving, vital testament to one of slavery’s ‘many thousand gone’ who retained his humanity in the bowels of degradation. In 2013 the autobiography was turned into a blockbuster movie staring; Chiwetel Ejiofor, Michael Fassbender, Benedict Cumberbatch, Paul Dano, Paul Giamatti, Lupita Nyong’o, Sarah Paulson, Brad Pitt, Alfre Woodard.

Having been born a freeman, and for more than thirty years enjoyed the blessings of liberty in a free State-and having at the end of that time been kidnapped and sold into Slavery, where I remained, until happily rescued in the month of January, 1853, after a bondage of twelve years—it has been suggested that an account of my life and fortunes would not be uninteresting to the public.

Since my return to liberty, I have not failed to perceive the increasing interest throughout the Northern States, in regard to the subject of Slavery. Works of fiction, professing to portray its features in their more pleasing as well as more repugnant aspects, have been circulated to an extent unprecedented, and, as I understand, have created a fruitful topic of comment and discussion.

I can speak of Slavery only so far as it came under my own observation—only so far as I have known and experienced it in my own person. My object is, to give a candid and truthful statement of facts, to repeat the story of my life, without exaggeration, leaving it for others to determine, whether even the pages of fiction present a picture of more cruel wrong or a severer bondage.

As far back as I have been able to ascertain, my ancestors on the paternal side were slaves in Rhode Island. They belonged to a family by the name of Northup, one of whom, removing to the State of New York, settled at Hoosic, in Rensselaer county. He brought with him Mintus Northup, my father. On the death of this gentleman, which must have occurred some fifty years ago, my father became free, having been emancipated by a direction in his will.

Henry B. Northup, Esq., of Sandy Hill, a distinguished counselor at law, and the man to whom, under Providence, I am indebted for my present liberty, and my return to the society of my wife and children, is a relative of the family in which my forefathers were thus held to service, and from which they took the name I bear. To this fact may be attributed the persevering interest he has taken in my behalf.

Sometime after my father’s liberation, he removed to the town of Minerva, Essex county, N. Y., where I was born, in the month of July, 1808. How long he remained in the latter place I have not the means of definitely ascertaining. From thence he removed to Granville, Washington county, near a place known as Slyborough, where, for some years, he labored on the farm of Clark Northup, also a relative of his old master; from thence he removed to the Alden farm, at Moss Street, a short distance north of the village of Sandy Hill; and from thence to the farm now owned by Russel Pratt, situated on the road leading from Fort Edward to Argyle, where he continued to reside until his death, which took place on the 22d day of November, 1829. He left a widow and two children - myself, and Joseph, an elder brother. The latter is still living in the county of Oswego, near the city of that name; my mother died during the period of my captivity.

Though born a slave, and laboring under the disadvantages to which my unfortunate race is subjected, my father was a man respected for his industry and integrity, as many now living, who well remember him, are ready to testify. His whole life was passed in the peaceful pursuits of agriculture, never seeking employment in those more menial positions, which seem to be especially allotted to the children of Africa. Besides giving us an education surpassing that ordinarily bestowed upon children in our condition, he acquired, by his diligence and economy, a sufficient property qualification to entitle him to the right of suffrage. He was accustomed to speak to us of his early life; and although at all times cherishing the warmest emotions of kindness, and even of affection towards the family, in whose house he had been a bondsman, he nevertheless comprehended the system of Slavery, and dwelt with sorrow on the degradation of his race. He endeavored to imbue our minds with sentiments of morality, and to teach us to place our, trust and confidence in Him who regards the humblest as well as the highest of his creatures. How often since that time has the recollection of his paternal counsels occurred to me, while lying in a slave hut in the distant and sickly regions of Louisiana, smarting with the undeserved wounds which an inhuman master had inflicted, and longing only for the grave which had covered him, to shield me also from the lash of the oppressor. In the church yard at Sandy Hill, an humble stone marks the spot where he reposes, after having worthily performed the duties appertaining to the lowly sphere wherein God had appointed him to walk.