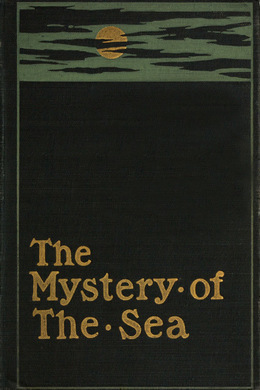 The Mystery of the Sea

In the years following the success of his novel Dracula, Bram Stoker took on an even more ambitious creative feat: combining mystery, romance, adventure, Gothic atmosphere, and supernatural elements in one gripping tale. The end result of this process of experimentation was The Mystery of the Sea. If you’re a fan of Stoker’s fiction or a sucker for classic action-adventure, add this to your must-read list.

I had just arrived at Cruden Bay on my annual visit, and after a late breakfast was sitting on the low wall which was a continuation of the escarpment of the bridge over the Water of Cruden. Opposite to me, across the road and standing under the only little clump of trees in the place was a tall, gaunt old woman, who kept looking at me intently. As I sat, a little group, consisting of a man and two women, went by. I found my eyes follow them, for it seemed to me after they had passed me that the two women walked together and the man alone in front carrying on his shoulder a little black box–a coffin. I shuddered as I thought, but a moment later I saw all three abreast just as they had been. The old woman was now looking at me with eyes that blazed. She came across the road and said to me without preface:

“What saw ye then, that yer e’en looked so awed?” I did not like to tell her so I did not answer. Her great eyes were fixed keenly upon me, seeming to look me through and through. I felt that I grew quite red, whereupon she said, apparently to herself: “I thocht so! Even I did not see that which he saw.”

“How do you mean?” I queried. She answered ambiguously: “Wait! Ye shall perhaps know before this hour to-morrow!”

Her answer interested me and I tried to get her to say more; but she would not. She moved away with a grand stately movement that seemed to become her great gaunt form.

After dinner whilst I was sitting in front of the hotel, there was a great commotion in the village; much running to and fro of men and women with sad mien. On questioning them I found that a child had been drowned in the little harbour below. Just then a woman and a man, the same that had passed the bridge earlier in the day, ran by with wild looks. One of the bystanders looked after them pityingly as he said:

“Puir souls. It’s a sad home-comin’ for them the nicht.”

“Who are they?” I asked. The man took off his cap reverently as he answered:

“The father and mother of the child that was drowned!” As he spoke I looked round as though some one had called me.

There stood the gaunt woman with a look of triumph on her face.