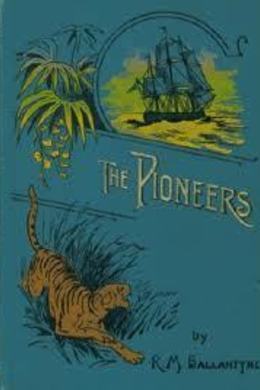 A Tale Of The Western Wilderness

Writing during the latter half of the nineteenth century after studying original sources and acquainting himself personally with the lands and the remaining family of the outstanding discoverer of the previous century, Sir Alexander Mackensie, R. M. Ballantyne recounts for successive generations an interesting, accurate, and lively narrative of Mackensie’s two great expeditions. Follow the stalwart and colorful band of pioneer discoverers on their journeys “by water and wood” across the far north of the American continent as they penetrate its inclement regions, meet its men, beasts, and physical elements, and venture across the Rockies to the Pacific Ocean or on to the Polar Sea. Though you can enjoy all this from your cozy armchair today, it may ignite within you a desire to leave your life of comfort and ease and to pioneer an expedition yourself!

“The world is round,” said somebody in ancient times to somebody else.

“Not at all; it is flat–flat as a pancake,” replied somebody else to somebody; “and if you were to travel far enough you might get to the end of it and tumble over the edge, if so disposed.”

Ever since the commencement of this early geographical controversy, men have been labouring with more or less energy and success to ascertain the form and character of the earth; a grand, glorious labour it has been; resulting in blessings innumerable to mankind–blessings both spiritual and temporal.

We have heard some people object to geographical discovery, especially in the inclement parts of the earth, on the ground that it could be of no use, and involved great risk to life and limb. “Of no use!” Who can tell what discoveries shall be useful and what useless? “The works of God are great, sought out of all those that have pleasure therein,” saith the Scripture. There is no reference here to usefulness, but the searching out of God’s works, without limitation, is authorised; and those who “take pleasure therein,” will be content to leave the result of their labours in the hands of Him who sent them forth. As to “risk,”–why, a carpenter cannot ascend to the top of a house to put the rafters thereon without risk; a chemist cannot investigate the properties of certain fumes without risk; you cannot even eat your dinner without risk. Only this are we sure of–that, if man had never undertaken labour except when such was obviously useful and devoid of risk, the world would still be in the darkness of the Middle Ages.

Reuben Guff held these sentiments, or something like them; and Reuben was a man who had seen a great deal of life in his day, although at the time we introduce him to public notice he had not lived more than six-and-thirty summers. He was a bronzed, stalwart Canadian. His father had been Scotch, his mother of French extraction; and Reuben possessed the dogged resolution of the Scot with the vivacity of the Frenchman. In regard to his tastes and occupation we shall let him speak for himself.

Sitting under a pine-tree, in the wild wilderness that lies to the north of Canada with the drumstick of a goose in one hand and a scalping-knife in the other; with a log-fire in front of him, and his son, a stripling of sixteen, by his side, he delivered himself of the following sentiments:–

“I tell ‘ee what it is, Lawrence,” (the lad was named after the great river on the banks of which he had been reared), “I was born to be a pioneer. Ever since I was the height of a three-fut rule I’ve had a skunner at the settlements and a love for the wilderness that I couldn’t overcome nohow. Moreover, I wouldn’t overcome it if I could, for it’s my opinion that He who made us knows what He wants us to do, an’ has given us sitch feelin’s and inclinations as will lead us to do it, if we don’t run mad after notions of our own, as the folk in the settlements are raither apt to do.”

Here some of the “notions” referred to appeared to tickle the fancy of the backwoodsman, for he paused to indulge in a quiet chuckle which wrinkled up all the lines of good-humour and fun in his rough countenance. After applying himself for a few seconds with much energy to the drumstick,–he resumed his discourse in a slow, deliberate style of speech which was peculiar to him:–

“Yes, Lawrence, my lad, I’ve made it my business ever since I was fifteen to explore this here wilderness, livin’ by my gun and guidin’ the fur-traders on their v’yages, or consorting with the Injins, as you know very well; and, now that we’ve come to the big lake it is needful to tell ‘ee that I’m still bent on followin’ out my callin’. I’m goin’ away to the nor’ard to explore, and you’ll have to make up your mind to-night whether you will be my steersman or whether I’m to lay that dooty on Swiftarrow. I needn’t say which I’d like best.”

The hunter finished the drumstick at this point, threw the bone into the fire, lighted his pipe, and awaited his son’s answer in silence.

But the son appeared to be in no hurry to reply; for, after giving his father a glance and nod, which were meant to say, “I hear and I’ll consider, but I’m too much engaged just now to speak,” he continued his occupation of devouring venison steaks, the sauce to which was evidently hunger.