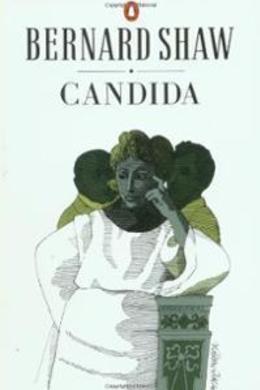 Delve into a hilarious examination of Victorian love, manners, morals, and marriage written by the author of Pygmalion. In Candida, George Bernard Shaw gives us the story of the misbegotten love triangle that springs up between a reverend, his putatively prim and proper wife, and a love-struck and starry-eyed young poet.

A fine October morning in the north east suburbs of London, a vast district many miles away from the London of Mayfair and St. James’s, much less known there than the Paris of the Rue de Rivoli and the Champs Elysees, and much less narrow, squalid, fetid and airless in its slums; strong in comfortable, prosperous middle class life; wide-streeted, myriad-populated; well-served with ugly iron urinals, Radical clubs, tram lines, and a perpetual stream of yellow cars; enjoying in its main thoroughfares the luxury of grass-grown “front gardens,” untrodden by the foot of man save as to the path from the gate to the hall door; but blighted by an intolerable monotony of miles and miles of graceless, characterless brick houses, black iron railings, stony pavements, slaty roofs, and respectably ill dressed or disreputably poorly dressed people, quite accustomed to the place, and mostly plodding about somebody else’s work, which they would not do if they themselves could help it. The little energy and eagerness that crop up show themselves in cockney cupidity and business “push.” Even the policemen and the chapels are not infrequent enough to break the monotony. The sun is shining cheerfully; there is no fog; and though the smoke effectually prevents anything, whether faces and hands or bricks and mortar, from looking fresh and clean, it is not hanging heavily enough to trouble a Londoner.

This desert of unattractiveness has its oasis. Near the outer end of the Hackney Road is a park of 217 acres, fenced in, not by railings, but by a wooden paling, and containing plenty of greensward, trees, a lake for bathers, flower beds with the flowers arranged carefully in patterns by the admired cockney art of carpet gardening and a sandpit, imported from the seaside for the delight of the children, but speedily deserted on its becoming a natural vermin preserve for all the petty fauna of Kingsland, Hackney and Hoxton. A bandstand, an unfinished forum for religious, anti-religious and political orators, cricket pitches, a gymnasium, and an old fashioned stone kiosk are among its attractions. Wherever the prospect is bounded by trees or rising green grounds, it is a pleasant place. Where the ground stretches far to the grey palings, with bricks and mortar, sky signs, crowded chimneys and smoke beyond, the prospect makes it desolate and sordid.