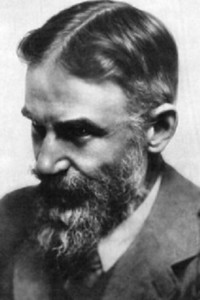 George Bernard Shaw was an Irish playwright. Although his first profitable writing was music and literary criticism, in which capacity he wrote many highly articulate pieces of journalism, his main talent was for drama, and he wrote more than 60 plays. Nearly all his writings deal sternly with prevailing social problems, but have a vein of comedy to make their stark themes more palatable. Shaw examined education, marriage, religion, government, health care and class privilege.

Sidney Trefusis is a proselytizing socialist. Armed with irony and paradox, he is determined to overthrow a society riddled with class and sexual exploi...read more »

Arms and the Man was George Bernard Shaw’s first commercially successful play. It is a comedy about idealized love versus true love. A young Serbian wom...read more »

Set in Egypt, Caesar and Cleopatra, is a drama in which the 50-year-old Roman general meets the childish young Queen and exerts a fatherly influence on ...read more »

Delve into a hilarious examination of Victorian love, manners, morals, and marriage written by the author of Pygmalion. In Candida, George Bernard Shaw ...read more »

After poleaxing his mathematics master with a perfect right, Cashel Byron, the unloved son of a successful actress, runs away to Australia. He returns t...read more »

All that is generally known about the League of Nations is that it holds assemblies in Geneva at which the nations which belong to it confer with one an...read more »

A wonderful restoration comedy written by the great George Bernard Shaw, the play is set as a discussion on the nature of power and wealth between King ...read more »

When a Salvation Army officer learns that her father, a wealthy armaments manufacturer, has donated lots of money to her organization, she resigns in di...read more »

After the death of her father, Ann Whitefield becomes the joint ward of two men: the respectable Roebuck Ramsden and John Tanner, author of ‘The Revolut...read more »

Middle-aged Mrs. Warren is a madam, proprietress of a string of successful brothels. Her daughter, Vivie, is a modern young woman, but not so modern tha...read more »

The P.M. in On the Rocks did not win over anybody. The proletarians attacked and repudiated him at once; and the Conservatives, though quite approving o...read more »

This play is based on the Greek myth of Pygmalion. It tells the story of Henry Higgins, a professor of phonetics (based on phonetician Henry Sweet), who...read more »

Shaw reaches the height of his fame as a dramatist with the release of Saint Joan. Fascinated by the story of Joan of Arc (canonized in 1920), but unhap...read more »

The Apple Cart is Shaw’s comedic play in which the King defeats an attempt by his popularly elected Prime Minister to deprive him of the right to influe...read more »

Performing this Playlet for the first by the Glasgow Clarion Players. The piece was immediately announced in the London Press as Mr. Shaw’s latest, the ...read more »

The Millionairess is a play written in 1936 by George Bernard Shaw. It tells the story of Epifania, a spoilt heiress, and her search for a suitor. Shaw ...read more »

Recounting the misadventures of an alcoholic investigator while he probes the mystery of a graveyard—full of saintly corpses—that migrate across a strea...read more »

The Simpleton of the Unexpected Isles (1936)

The emigration office at a tropical port in the British Empire. The office is an annex of the harbor and customs sheds on one side and of the railway st...read more »

The Six of Calais is an acting piece and nothing else. As it happened, it was so well acted that in the eighteenth century all the talk would have been ...read more »

A bedroom in a suburban villa in one of the richest cities in England. A sea beach in a mountainous country. Too True to Be Good is a comedy written by ...read more »

George Bernard Shaw combined ironic wit with weighty commentary on a variety of social issues, advocating for the working class, whom he felt was badly ...read more »