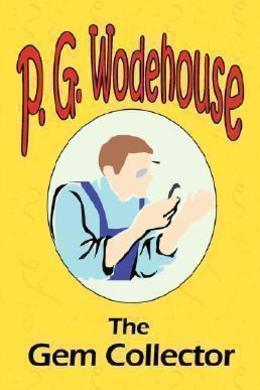 The action begins with playboy bachelor Jimmy Pitt in New York; having fallen in love on a transatlantic liner, he befriends a small-time burglar and breaks into a police captain’s house as a result of a bet. The cast of characters head to England, and from there on it is a typically Wodehousian romantic farce, set at the stately Dreever Castle, overflowing with imposters, detectives, crooks, scheming lovers, and conniving aunts.

The supper room of the Savoy Hotel was all brightness and glitter and gayety. But Sir James Willoughby Pitt, baronet, of the United Kingdom, looked round about him through the smoke of his cigarette, and felt moodily that this was a flat world, despite the geographers, and that he was very much alone in it.

If it is ever allowable for a young man of twenty-six to give himself up to melancholy reflections, Jimmy Pitt might have been excused for doing so, at that moment. Nine years ago he had dropped out, or, to put it more exactly, had been kicked out, and had ceased to belong to London. And now he had returned to find himself in a strange city.

Jimmy Pitt’s complete history would take long to write, for he had contrived to crowd much into those nine years. Abridged, it may be told as follows: There were two brothers, a good brother and a bad brother. Sir Eustace Pitt, the latter, married money. John, his younger brother, remained a bachelor. It may be mentioned, to check needless sympathy, that there was no rivalry between the two. John Pitt had not the slightest desire to marry the lady of his brother’s choice, or any other lady. He was a self-sufficing man who from an early age showed signs of becoming some day a financial magnate.

Matters went on much the same after the marriage. John continued to go to the city, Eustace to the dogs. Neither brother had any money of his own, the fortune of the Pitts having been squandered to the ultimate farthing by the sportive gentleman who had held the title in the days of the regency, when White’s and the Cocoa Tree were in their prime, and fortunes had a habit of disappearing in a single evening. Four years after the marriage, Lady Pitt died, and the widower, having spent three years and a half at Monte Carlo, working out an infallible system for breaking the bank, to the great contentment of Mons. Blanc and the management in general, proceeded to the gardens, where he shot himself in the orthodox manner, leaving many liabilities, few assets, and one son.

The good brother, by this time a man of substance in Lombard Street, adopted the youthful successor to the title, and sent him to a series of schools, beginning with a kindergarten and ending with Eton.

Unfortunately Eton demanded from Jimmy a higher standard of conduct than he was prepared to supply, and a week after his seventeenth birthday, his career as an Etonian closed prematurely. John Pitt thereupon delivered an ultimatum. Jimmy could choose between the smallest of small posts in his uncle’s business, and one hundred pounds in banknotes, coupled with the usual handwashing and disowning. Jimmy would not have been his father’s son if he had not dropped at the money. The world seemed full to him of possibilities for a young man of parts with a hundred pounds in his pocket.

He left for Liverpool that day, and for New York on the morrow.

For the next nine years he is off the stage, which is occupied by his Uncle John, proceeding from strength to strength, now head partner, next chairman of the company into which the business had been converted, and finally a member of Parliament, silent as a wax figure, but a great comfort to the party by virtue of liberal contributions to its funds.

It may be thought curious that he should make Jimmy his heir after what had happened; but it is possible that time had softened his resentment. Or he may have had a dislike for public charities, the only other claimant for his wealth. At any rate, it came about that Jimmy, reading in a Chicago paper that if Sir James Willoughby Pitt, baronet, would call upon Messrs. Snell, Hazlewood, and Delane, solicitors, of Lincoln’s Inn Fields, London, he would hear of something to his advantage, had called and heard something very much to his advantage.

Wherefore we find him, on this night of July, supping in lonely magnificence at the Savoy, and feeling at the moment far less conscious of the magnificence than of the loneliness.

Watching the crowd with a jaundiced eye, Jimmy had found his attention attracted chiefly by a party of three a few tables away. The party consisted of a pretty girl, a lady of middle age and stately demeanor, plainly her mother, and a light-haired, weedy young man of about twenty. It had been the almost incessant prattle of this youth and the peculiarly high-pitched, gurgling laugh which shot from him at short intervals which had drawn Jimmy’s notice upon them. And it was the curious cessation of both prattle and laugh which now made him look again in their direction.

The young man faced Jimmy; and Jimmy, looking at him, could see that all was not well with him. He was pale. He talked at random. A slight perspiration was noticeable on his forehead.

Jimmy caught his eye. There was a hunted look in it.