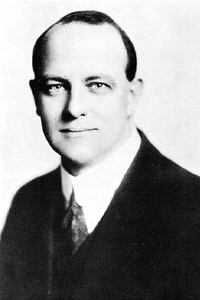 P.G. Wodehouse was a comic writer who enjoyed enormous popular success during a career of more than seventy years and continues to be widely read. Despite the political and social upheavals that occurred during his life, much of which was spent in France and the United States, Wodehouse’s main canvas remained that of pre-war English upper-class society, reflecting his birth, education, and youthful writing career.

An acknowledged master of English prose, Wodehouse has been admired both by contemporaries such as Hilaire Belloc, Evelyn Waugh and Rudyard Kipling and by modern writers such as Douglas Adams, Salman Rushdie, Zadie Smith and Terry Pratchett. Sean O’Casey famously called him “English literature’s performing flea”, a description that Wodehouse used as the title of a collection of his letters to a friend, Bill Townend.

Best known today for the Jeeves and Blandings Castle novels and short stories, Wodehouse was also a playwright and lyricist who was part author and writer of 15 plays and of 250 lyrics for some 30 musical comedies. He worked with Cole Porter on the musical Anything Goes and frequently collaborated with Jerome Kern and Guy Bolton. He wrote the lyrics for the hit song “Bill” in Kern’s Show Boat, wrote the lyrics for the Gershwin - Romberg musical Rosalie, and collaborated with Rudolf Friml on a musical version of The Three Musketeers. (source: Wikipedia)

A Damsel in Distress is an early novel from comic genius, P.G. Wodehouse, about the aristocratic Marshmoreton family—a precursor to the Blandings series...read more »

One of Wodehouse’s early novels set in an English public school, a school story that revolves around cricket, stolen money, and an embarrassing uncle (w...read more »

Death At The Excelsior is a highly recommended introduction into the world of Wodehouse. A sterling collection of early short stories from the master of...read more »

It wasn’t Archie’s fault really. It’s true he went to America and fell in love with Lucille, the daughter of a millionaire hotel proprietor and if he di...read more »

Jill had money and was engaged to be married to Sir Derek Underhill. But when she suddenly becomes penniless, she finds herself no longer engaged. Refus...read more »

After seeing his friend Stanley Featherstonehaugh Ukridge for the first time in years, Jeremy Garnet is dragged along on holiday to Ukridge’s new chicke...read more »

Michael “Mike” Jackson is the youngest son of a renowned cricketing family. Mike’s eldest brother Joe is a successful first-class player, while another ...read more »

My Man Jeeves, first published in 1919, introduced the world to affable, indolent Bertie Wooster and his precise, capable valet, Jeeves. Some of the fin...read more »

In Piccadilly Jim, Jimmy Crocker has a scandalous reputation on both sides of the Atlantic and must do an about-face to win back the woman of his dreams...read more »

Psmith in the City was originally released as a serial in The Captain magazine, between October 1908 and March 1909, under the title The New Fold. It co...read more »

Continuing the adventures of the silver-tongued Psmith, one of Wodehouse’s best loved characters, and his friend Mike Jackson. The story begins with Psm...read more »

Young neighbours and fellow-writers Ashe Marson and Joan Valentine, newly met and both in need of a change of direction, find themselves drawn down to B...read more »

St Austin’s School is the setting for these twelve delightful early Wodehouse stories. A nostalgic look at English public-school life at the turn of the...read more »

When Sally Nicholas became an heiress, she had to cope her brother’s wild theatrical ambitions and the defection of her fiance, his replacement being a ...read more »

Wodehouse’s brilliant but human brand of humor is perfectly suited to these stories of love, rivalry, revenge, and fulfillment on the links. While the O...read more »

The Coming of Bill is the nearest Wodehouse ever came to a serious novel, although the influence of the musical comedies he was writing at the time is n...read more »

The action begins with playboy bachelor Jimmy Pitt in New York; having fallen in love on a transatlantic liner, he befriends a small-time burglar and br...read more »

When O’Hara and Moriarty, two boys at Wrykyn School, tar and feather the statue of a pompous local MP, O’Hara mislays at the scene of their crime a tiny...read more »

It is the general view at Eckleton school that there never was such a house of slackers as Kay’s. Fenn, head of house and county cricketer, does his bes...read more »

The intrusion of Jimmy is a fast-paced farce about love and burglary. Playboy Jimmy Pitt is a betting man, and he reckons that breaking into a house isn...read more »

The Little Nugget is one of the novels in which Wodehouse found his feet, a light comic thriller set in an English prep school for the children of the n...read more »

Wodehouse’s well-known gift for satisfying plots and comic surprises is evident on every page, but there are also signs of his debt to earlier writers i...read more »

A miscellaneous collection mostly of stories concerning relationships, sports and household pets. It does not feature any of Wodehouse’s regular charact...read more »

When someone breaks into the cricket pavilion and steals two silver cups, the whole school is agog. Could it possibly be an inside job? Nothing less tha...read more »

The story tells of how unscrupulous millionaire Benjamin Scobell decides to build a casino on the small Mediterranean island of Mervo, dragging in the u...read more »

In order to save his reputation and the honour of his house at school after he shames himself by running away from a fight between fellow pupils and tou...read more »

For William, Lord Dawlish, it seemed the realization of his dreams. He could marry the girl he loved. Of course, things are not quite so simple. The fam...read more »

Wodehouse’s retelling of the William Tell legend in prose, verse and with illustrations. First published on November 11, 1904 by Adam &amp; Charles Blac...read more »