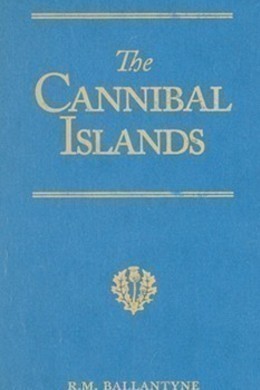 Travel back to the late eighteenth century and join Captain James Cook on his scientific expeditions to such exotic places as Tierra del Fuego, the islands of Tahiti and New Zealand, and the scene of the closing of his great career as navigator and discoverer. Learn from Cook’s own observations and Ballantyne’s detailed, yet tasteful and true explanations of the habitations, customs, and encounters with unusual peoples, many of whom were so addicted to the eating of human flesh that their homelands were once called the Cannibal Islands. The author’s depictions should evoke a great appreciation for the brave leadership of men like Captain Cook, for the many difficulties of interacting with a heathen people and their culture, and for the servants of Jesus Christ who would later enter into such awful scenes for the sake of His Name and the advancement of His kingdom.

More than a hundred years ago, there lived a man who dwelt in a mud cottage in the county of York; his name was Cook. He was a poor, honest labourer–a farm servant. This man was the father of that James Cook who lived to be a captain in the British Navy, and who, before he was killed, became one of the best and greatest navigators that ever spread his sails to the breeze and crossed the stormy sea.

Captain Cook was a true hero. His name is known throughout the whole world wherever books are read. He was born in the lowest condition of life, and raised himself to the highest point of fame. He was a self-taught man too. No large sums of money or long years of time were spent upon his schooling. No college education made him what he was. An old woman taught him his letters, but he was not sent to school till he was thirteen years of age. He remained only four years at the village school, where he learned a little writing and a little figuring. This was all he had to start with. The knowledge which he afterwards acquired, the great deeds that he performed, and the wonderful discoveries that he made, were all owing to the sound brain, the patient persevering spirit, the modest practical nature, and the good stout arm with which the Almighty had blessed him. It is the glory of England that many of her greatest men have risen from the ranks of those sons of toil who earn their daily bread in the sweat of their brow. Among all who have thus risen, few stand so high as Captain Cook.

Many bold things he did, many strange regions he visited, in his voyages round the world, the records of which fill bulky volumes. In this little book we shall confine our attention to some of the interesting discoveries that were made by him among the romantic islands of the South Pacific–islands which are so beautiful that they have been aptly styled “gems of ocean,” but which, nevertheless, are inhabited by savage races so thoroughly addicted to the terrible practice of eating human flesh, that we have thought fit to adopt the other, and not less appropriate, name of the Cannibal Islands.

Before proceeding with the narrative, let us glance briefly at the early career of Captain James Cook. He was born in 1728. After receiving the very slight education already referred to, he was bound apprentice to a shopkeeper. But the roving spirit within him soon caused him to break away from an occupation so uncongenial. He passed little more than a year behind the counter, and then, in 1746, went to sea.

Young Cook’s first voyages were in connection with the coasting trade. He began his career in a collier trading between London and Newcastle. In a very short time it became evident that he would soon be a rising man. Promotion came rapidly. Little more than three years after the expiry of his apprenticeship he became mate of the Friendship, but, a few years later, he turned a longing eye on the navy–“having,” as he himself said, “a mind to try his fortune that way.” In the year 1755 he entered the King’s service on board the Eagle, a sixty-gun ship, commanded by Sir Hugh Palliser. This officer was one of Cook’s warmest friends through life.

In the navy the young sailor displayed the same steady, thorough-going character that had won him advancement in the coasting trade. The secret of his good fortune (if secret it may be called) was his untiring perseverance and energy in the pursuit of one object at one time. His attention was never divided. He seemed to have the power of giving his whole soul to the work in hand, whatever that might be, without troubling himself about the future. Whatever his hand found to do he did it with all his might. The consequence was that he became a first-rate man. His superiors soon found that out. He did not require to boast or push himself forward. His work spoke for him, and the result was that he was promoted from the forecastle to the quarter-deck, and became a master on board the Mercury when he was about thirty years of age.

About this time he went with the fleet to the Gulf of Saint Lawrence, and took part in the war then raging between the British and French in Canada. Winter in that region is long and bitterly cold. The gulfs and rivers there are at that season covered with thick ice; ships cannot move about, and war cannot be carried on. Thus the fleet was for a long period inactive. Cook took advantage of this leisure time to study mathematics and astronomy, and, although he little thought it, was thus fitting himself for the great work of discovery which he afterwards undertook with signal success.