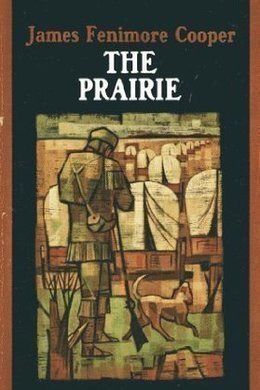 The final novel in Cooper’s epic Leatherstocking Tales, filled with excitement and thrill, which follows the adventures of Natty Bumppo and Dr. Bat, the latter of whom spends his time in discovering new animals and plants in the prairie. The book subtly highlights various issues of that era like the annihilation of nature and dislocation of American Indians. It provides pure reading pleasure through its vibrant details and vivid characterization. Engrossing!

Much was said and written, at the time, concerning the policy of adding the vast regions of Louisiana, to the already immense and but half-tenanted territories of the United States. As the warmth of controversy however subsided, and party considerations gave place to more liberal views, the wisdom of the measure began to be generally conceded. It soon became apparent to the meanest capacity, that, while nature had placed a barrier of desert to the extension of our population in the west, the measure had made us the masters of a belt of fertile country, which, in the revolutions of the day, might have become the property of a rival nation. It gave us the sole command of the great thoroughfare of the interior, and placed the countless tribes of savages, who lay along our borders, entirely within our control; it reconciled conflicting rights, and quieted national distrusts; it opened a thousand avenues to the inland trade, and to the waters of the Pacific; and, if ever time or necessity shall require a peaceful division of this vast empire, it assures us of a neighbour that will possess our language, our religion, our institutions, and it is also to be hoped, our sense of political justice.

Although the purchase was made in 1803, the spring of the succeeding year was permitted to open, before the official prudence of the Spaniard, who held the province for his European master, admitted the authority, or even of the entrance of its new proprietors. But the forms of the transfer were no sooner completed, and the new government acknowledged, than swarms of that restless people, which is ever found hovering on the skirts of American society, plunged into the thickets that fringed the right bank of the Mississippi, with the same careless hardihood, as had already sustained so many of them in their toilsome progress from the Atlantic states, to the eastern shores of the “father of rivers.”

Time was necessary to blend the numerous and affluent colonists of the lower province with their new compatriots; but the thinner and more humble population above, was almost immediately swallowed in the vortex which attended the tide of instant emigration. The inroad from the east was a new and sudden out-breaking of a people, who had endured a momentary restraint, after having been rendered nearly resistless by success. The toils and hazards of former undertakings were forgotten, as these endless and unexplored regions, with all their fancied as well as real advantages, were laid open to their enterprise. The consequences were such as might easily have been anticipated, from so tempting an offering, placed, as it was, before the eyes of a race long trained in adventure and nurtured in difficulties.

Thousands of the elders, of what were then called the New States, broke up from the enjoyment of their hard-earned indulgences, and were to be seen leading long files of descendants, born and reared in the forests of Ohio and Kentucky, deeper into the land, in quest of that which might be termed, without the aid of poetry, their natural and more congenial atmosphere. The distinguished and resolute forester who first penetrated the wilds of the latter state, was of the number. This adventurous and venerable patriarch was now seen making his last remove; placing the “endless river” between him and the multitude his own success had drawn around him, and seeking for the renewal of enjoyments which were rendered worthless in his eyes, when trammelled by the forms of human institutions.