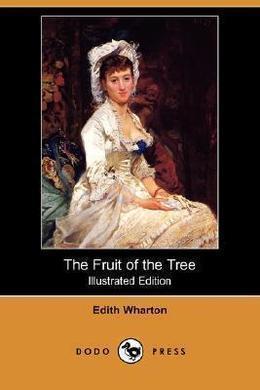 The Fruit of the Tree

Set in the Berkshires of western Massachusetts during the height of the progressive era, the book centers on heroine Justine Brent, a professionally trained nurse who is called upon to attend her childhood friend Bessy Westmore, a rich textile mill owner left paralyzed by a riding accident. When Bessy begs to be released from a life of intense pain and suffering, Justine debates the moral issues and makes the difficult choice to administer a lethal dose of morphine. After Bessy dies, Justine falls in love with her widowed husband and joins him in his efforts to create better conditions for the factory workers. Questions surrounding Bessy’s death, however, haunt their relationship, and Justine learns first-hand the tragic consequences of social idealism and reform. Full of plot twists and turns and finely drawn characters, The Fruit of the Tree is a must read for anyone who has ever fallen under the spell of Wharton’s superb prose.

In the surgical ward of the Hope Hospital at Hanaford, a nurse was bending over a young man whose bandaged right hand and arm lay stretched along the bed.

His head stirred uneasily, and slipping her arm behind him she effected a professional readjustment of the pillows. “Is that better?”

As she leaned over, he lifted his anxious bewildered eyes, deep-sunk under ridges of suffering. “I don’t s’pose there’s any kind of a show for me, is there?” he asked, pointing with his free hand–the stained seamed hand of the mechanic–to the inert bundle on the quilt.

Her only immediate answer was to wipe the dampness from his forehead; then she said: “We’ll talk about that to-morrow.”

“Because Dr. Disbrow can’t tell till the inflammation goes down.”

“Will it go down by to-morrow?”

“It will begin to, if you don’t excite yourself and keep up the fever.”

“Well, then there are four reasons for keeping quiet,” she rejoined.

She did not use, in speaking, the soothing inflection of her trade: she seemed to disdain to cajole or trick the sufferer. Her full young voice kept its cool note of authority, her sympathy revealing itself only in the expert touch of her hands and the constant vigilance of her dark steady eyes. This vigilance softened to pity as the patient turned his head away with a groan. His free left hand continued to travel the sheet, clasping and unclasping itself in contortions of feverish unrest. It was as though all the anguish of his mutilation found expression in that lonely hand, left without work in the world now that its mate was useless.

The nurse felt a touch on her shoulder, and rose to face the matron, a sharp-featured woman with a soft intonation.

“This is Mr. Amherst, Miss Brent. The assistant manager from the mills. He wishes to see Dillon.”

John Amherst’s step was singularly noiseless. The nurse, sensitive by nature and training to all physical characteristics, was struck at once by the contrast between his alert face and figure and the silent way in which he moved. She noticed, too, that the same contrast was repeated in the face itself, its spare energetic outline, with the high nose and compressed lips of the mover of men, being curiously modified by the veiled inward gaze of the grey eyes he turned on her. It was one of the interests of Justine Brent’s crowded yet lonely life to attempt a rapid mental classification of the persons she met; but the contradictions in Amherst’s face baffled her, and she murmured inwardly “I don’t know” as she drew aside to let him approach the bed. He stood by her in silence, his hands clasped behind him, his eyes on the injured man, who lay motionless, as if sunk in a lethargy. The matron, at the call of another nurse, had minced away down the ward, committing Amherst with a glance to Miss Brent; and the two remained alone by the bed.

After a pause, Amherst moved toward the window beyond the empty cot adjoining Dillon’s. One of the white screens used to isolate dying patients had been placed against this cot, which was the last at that end of the ward, and the space beyond formed a secluded corner, where a few words could be exchanged out of reach of the eyes in the other beds.

“Is he asleep?” Amherst asked, as Miss Brent joined him.

Miss Brent glanced at him again. His voice betokened not merely education, but something different and deeper–the familiar habit of gentle speech; and his shabby clothes–carefully brushed, but ill-cut and worn along the seams–sat on him easily, and with the same difference.

“The morphine has made him drowsy,” she answered. “The wounds were dressed about an hour ago, and the doctor gave him a hypodermic.”

“The wounds–how many are there?”

“Besides the hand, his arm is badly torn up to the elbow.”

“What do you think of the case?”

“And it’s not your business to?” He smiled slightly. “I know hospital etiquette. But I have a particular reason for asking.” He broke off and looked at her again, his veiled gaze sharpening to a glance of concentrated attention. “You’re not one of the regular nurses, are you? Your dress seems to be of a different colour.”

She smiled at the “seems to be,” which denoted a tardy and imperfect apprehension of the difference between dark-blue linen and white.

“No: I happened to be staying at Hanaford, and hearing that they were in want of a surgical nurse, I offered my help.”

Amherst nodded. “So much the better. Is there any place where I can say two words to you?”

“I could hardly leave the ward now, unless Mrs. Ogan comes back.”

“I don’t care to have you call Mrs. Ogan,” he interposed quickly. “When do you go off duty?”