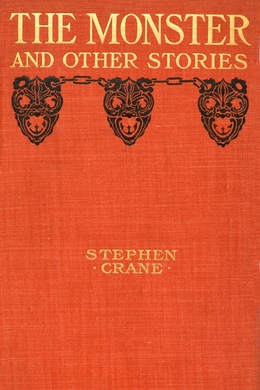 The story takes place in the small, fictional town of Whilomville, New York. An African-American coachman named Henry Johnson, who is employed by the town’s physician, Dr. Trescott, becomes horribly disfigured after he saves Trescott’s son from a fire. When Henry is branded a monster by the town’s residents, Trescott vows to shelter and care for him, resulting in his family’s exclusion from the community.

Little Jim was, for the time, engine Number 36, and he was making the run between Syracuse and Rochester. He was fourteen minutes behind time, and the throttle was wide open. In consequence, when he swung around the curve at the flower-bed, a wheel of his cart destroyed a peony. Number 36 slowed down at once and looked guiltily at his father, who was mowing the lawn. The doctor had his back to this accident, and he continued to pace slowly to and fro, pushing the mower.

Jim dropped the tongue of the cart. He looked at his father and at the broken flower. Finally he went to the peony and tried to stand it on its pins, resuscitated, but the spine of it was hurt, and it would only hang limply from his hand. Jim could do no reparation. He looked again towards his father.

He went on to the lawn, very slowly, and kicking wretchedly at the turf. Presently his father came along with the whirring machine, while the sweet, new grass blades spun from the knives. In a low voice, Jim said, “Pa!”

The doctor was shaving this lawn as if it were a priest’s chin. All during the season he had worked at it in the coolness and peace of the evenings after supper. Even in the shadow of the cherry-trees the grass was strong and healthy. Jim raised his voice a trifle. “Pa!”

The doctor paused, and with the howl of the machine no longer occupying the sense, one could hear the robins in the cherry-trees arranging their affairs. Jim’s hands were behind his back, and sometimes his fingers clasped and unclasped. Again he said, “Pa!” The child’s fresh and rosy lip was lowered.

The doctor stared down at his son, thrusting his head forward and frowning attentively. “What is it, Jimmie?”

“Pa!” repeated the child at length. Then he raised his finger and pointed at the flowerbed. “There!”

After a period of silence, during which the child may have undergone a severe mental tumult, he raised his finger and repeated his former word–“There!” The father had respected this silence with perfect courtesy. Afterwards his glance carefully followed the direction indicated by the child’s finger, but he could see nothing which explained to him. “I don’t understand what you mean, Jimmie,” he said.

It seemed that the importance of the whole thing had taken away the boy’s vocabulary, He could only reiterate, “There!”

The doctor mused upon the situation, but he could make nothing of it. At last he said, “Come, show me.”

Together they crossed the lawn towards the flower-bed. At some yards from the broken peony Jimmie began to lag. “There!” The word came almost breathlessly.

“Where?” said the doctor.

Jimmie kicked at the grass. “There!” he replied.

The doctor was obliged to go forward alone. After some trouble he found the subject of the incident, the broken flower. Turning then, he saw the child lurking at the rear and scanning his countenance.

The father reflected. After a time he said, “Jimmie, come here.” With an infinite modesty of demeanor the child came forward. “Jimmie, how did this happen?”

The child answered, “Now–I was playin’ train–and–now–I runned over it.”

“You were doing what?”

The father reflected again. “Well, Jimmie,” he said, slowly, “I guess you had better not play train any more to-day. Do you think you had better?”

During the delivery of the judgment the child had not faced his father, and afterwards he went away, with his head lowered, shuffling his feet.